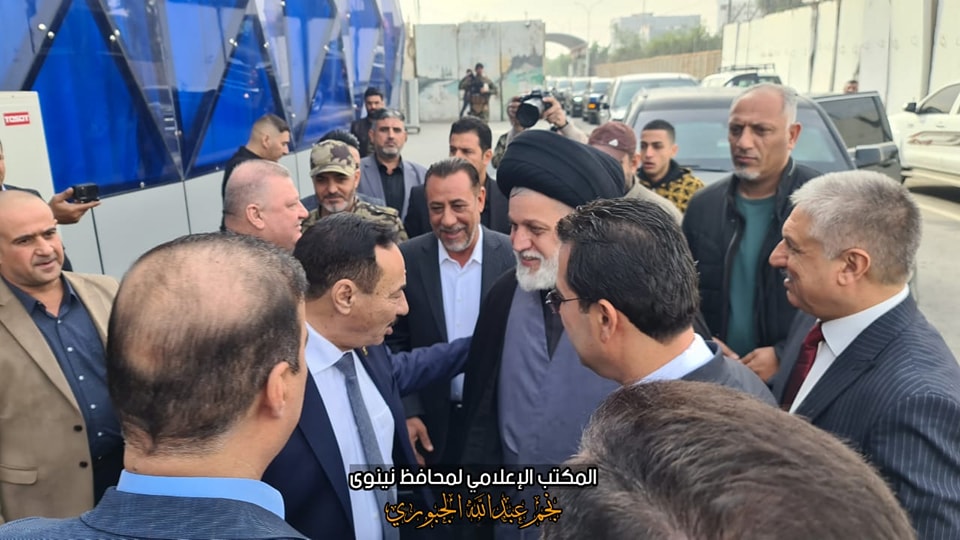 The delegation is headed by Hazem al-Araji, accompanied by a leader in the Sadrist bloc, Hakim al-Zamili, according to a statement issued by al-Jubouri's media office.

The statement added that during the meeting, the parties discussed several files that Al-Sadr referred to in a letter that the delegation conveyed to Al-Jubouri regarding Mosul city.

Al-Sadr stressed, in the message, his support for the efforts of the governor and his local administration in the reconstruction file, as well as the process of returning the forcibly displaced to their homes.

Security source reveals the circumstances of Thursday's explosion in Nineveh