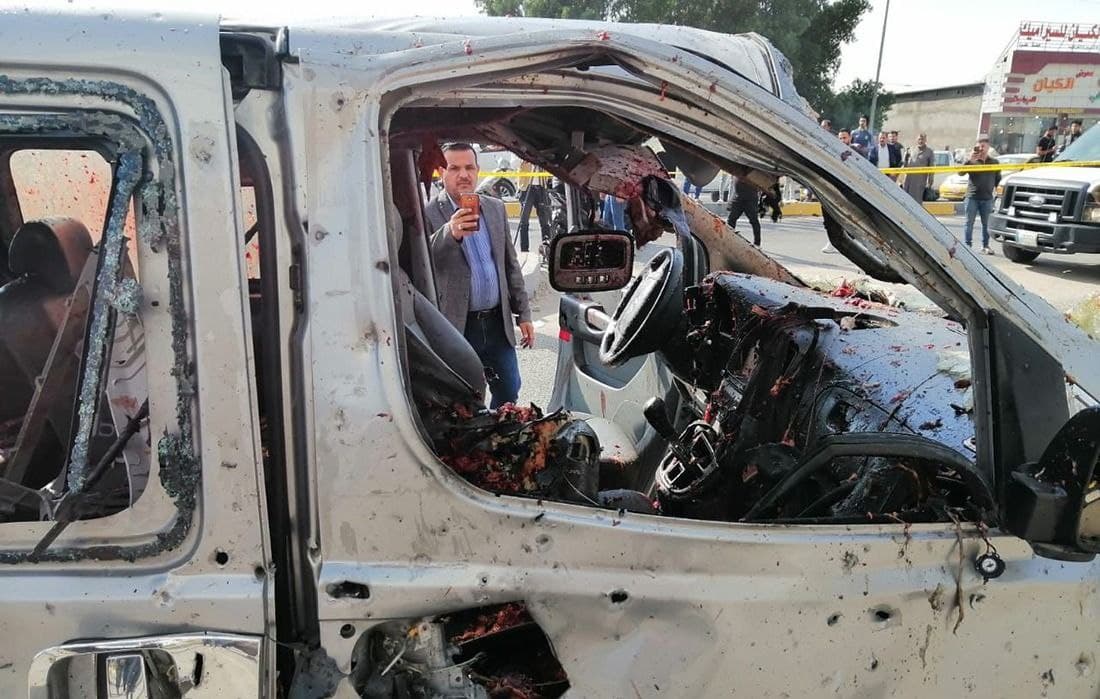 "Death squads" were behind so many of the killings, abductions, and torture of protesters, activists, and journalists during the demonstrations that took over the country in 2019.

The source said that the bomb used in today's attack was a five kilograms funnel-shaped explosive rigged to a motorcycle parked on the roadside.

"The blast was sought to target a chief inspector investigating the case of the death squads in Basra," the source said, "the inspector survived the attack, but four victims perished, and others were wounded."

At least four people were killed and four wounded in an explosion in Iraq's southern oil hub Basra Tuesday, a source said.

It was not immediately clear what caused the explosion, which sent a column of black smoke into the sky. Local news reports initially reported a car bomb, but a source told Shafaq News Agency that a motorcycle had exploded.

It was not immediately clear whether a bomb had been rigged to the motorcycle or if it was a suicide bombing.

"According to preliminary information, highly explosive material was rigged to the motorcycle which exploded near a vehicle, burning it completely and damaging other vehicles nearby," the source said.

The explosion took place at al-Somood Bridge near the Chancellery building of the Basra Teaching Hospital.

The Security Media Cell (SMC) confirmed that the blast resulted from a booby-trapped motorcycle.

"The incident led to the martyrdom of four citizens. Four others were injured from the flames that caught nearby vehicles," SMC said, "forensic experts and technicians are investigating the site to reveal the circumstances of the explosion. The Cell will announce further details in a report later."

Security authorities in the southern and mid-Iraq ramped up security measures in the aftermath of the bloody attack the city witnessed today. Patrols and security checkpoints were fielded along major roads and security checks were made mandatory upon entering the territory of those governorates.

Explosions have been rare in Basra in recent years, particularly since the defeat of the Sunni militant Islamic State group in 2017.

The oil-rich Basra is predominantly Shiite. No one immediately claimed responsibility for the explosion. There was no immediate comment from Iraqi officials in Baghdad.