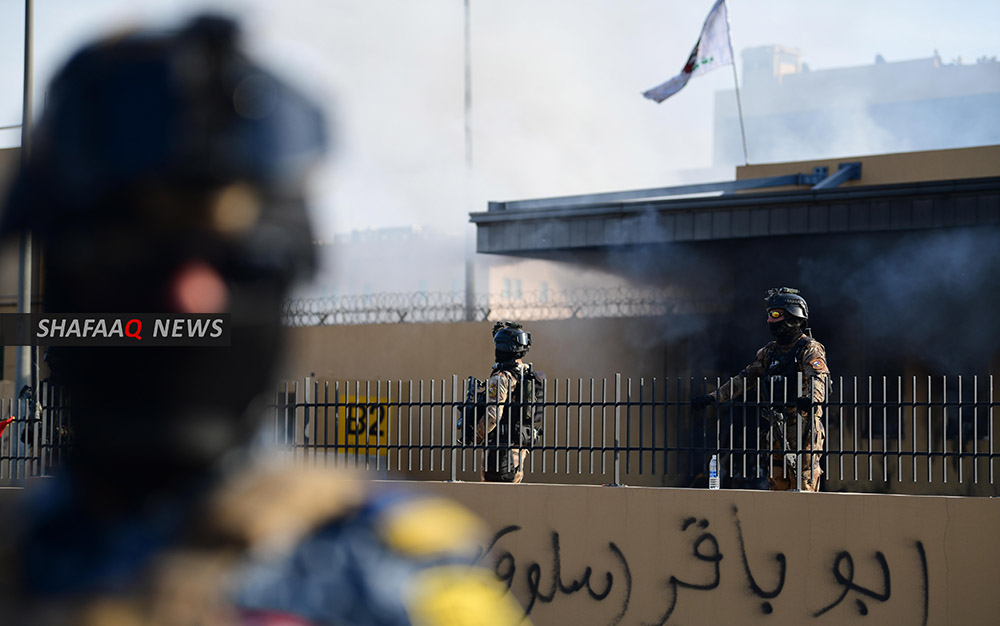 Shafaq News / The security media cell acknowledged a night training for the Counter-terrorism forces in the vicinity of Baghdad international airport, which has recently been exposed to many missile attacks.

Usually, missile attacks target military bases and the vicinity of Baghdad airport, where the international coalition soldiers are present.

Baghdad airport and other locations, including the US embassy and military bases that house US troops and diplomats, have been the target of frequent missile attacks since last year.

Washington accuses armed Iraqi factions linked to Iran of being behind the attacks targeting its embassy and military bases in which American soldiers are deployed in Iraq.

A heavy deployment around Baghdad Airport