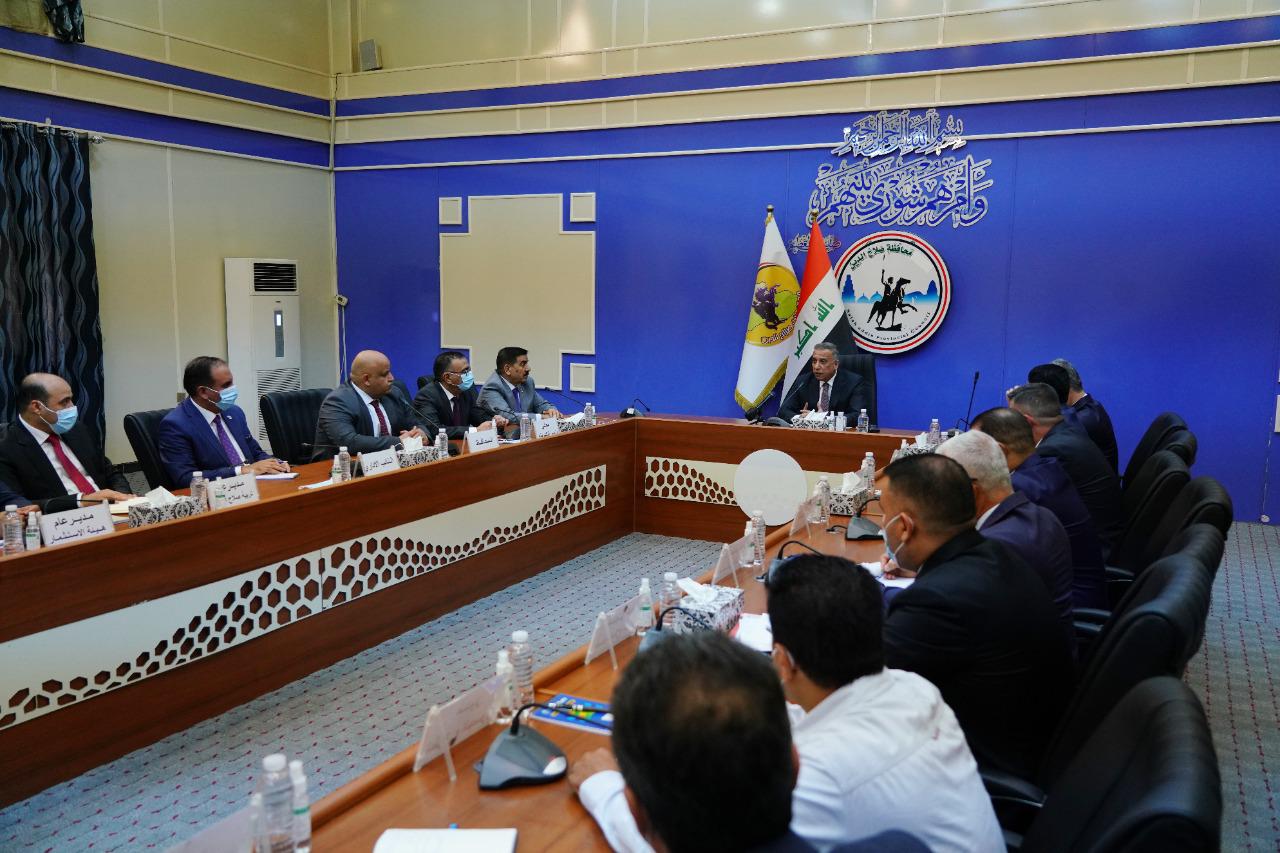 Al-Kadhimi said in speeches during his visit to the site of Speicher massacre and the Governorate building in Saladin, "We will direct to transform the site of Speicher crime to a project and museum for saving memory, which glorifies the sacrifices of Iraqis and confirms their cohesion."

He added, "This place witnessed one of the most heinous massacres of humanity."

Al-Kadhimi continued, "We must always remember this innocent blood by preserving the victories that were achieved over terrorism and preserving our national identity. We must learn from the lessons of the past to avoid repeating of tragedies and massacres."

"Corruption, mismanagement and wrong policies are the causes of these tragedies," he said, noting that "our unity, our institutions and our will prevent the recurrence of such massacres."

The massacre of the Iraqi army detachment at Camp Speicher in June 2014, was unprecedented even by the standards of Iraq’s decade of sectarian war. It sent panic through Iraq and announced to the world that ISIS were a new kind of foe, determined not only to seize and hold territory but to exterminate sectarian enemies who fell into their hands.

The Prime Minister confirmed that there are many suspended projects in various regions of Iraq, calling for an end to the file of these projects.

He said, "Our people in the various Iraqi Governorates have suffered in the past decades due to the ongoing wars, terrorism and successive crises."

He continued, "The service institutions must intensify their work so that the citizen feels optimism."

Al-Kadhimi indicated that "there are many obstacles that sometimes occur due to mismanagement and bureaucratic, and this is what we are determined to fix."

He explained, "We need intensification, cooperation and integration in work, in to overcome those obstacles and be on the level of the great ambition of the Iraqi people."

He pointed out that "there are many suspended projects in various regions of Iraq, we have focused our efforts on completing them, and now I call on all institutions in Saladin Governorate and the rest of Iraq to finish these projects."