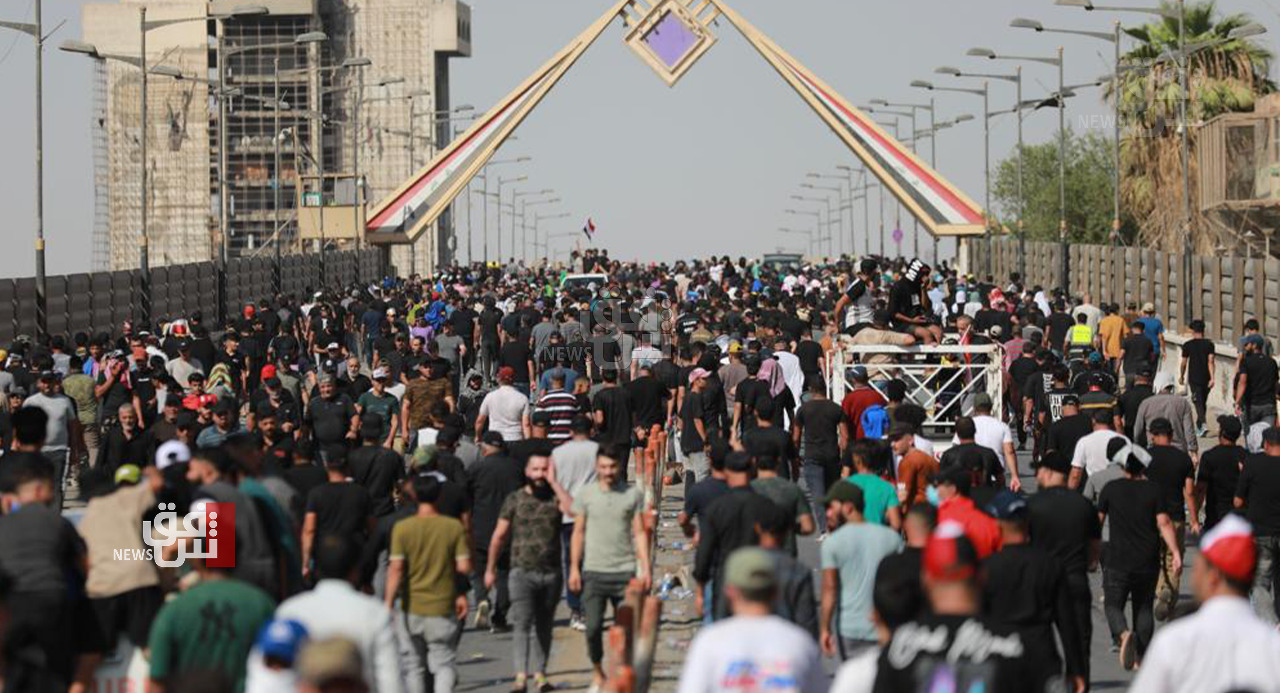 Shafaq News/ The demonstrations organized by the supporters of the Sadrist movement do not aim to back Mustafa al-Kadhimi's caretaker government, the head of the "Martyr al-Sadr" in Najaf, Oday al-Azzari, said on Monday.

A self-proclaimed advisor of Muqtada al-Sadr, Saleh Mohammad al-Iraqi, on Sunday called on the followers of the influential Shiite cleric to demonstrate in their respective governorates, "except Najaf" in support of the demonstration in Baghdad's Green Zone.

"Najaf is a holy and safe city. Demonstrations should not be held there," al-Azzari told Shafaq News Agency, "the demonstrations will take place in the centers of the governorates. They aim to back the Green Zone sit-in. There are no other sit-ins in any governorate."

Al-Azzari dismissed the media reports claiming that the demonstrations of al-Sadr supporters aim to uphold al-Kadhimi's government as "unfounded".

"The Coordination Framework does not have a popular base among the civilians," he explained, "it will use al-Hashd al-Shaabi (Popular Mobilization Forces-PMF) in its demonstration. A civil war would not take place."

The Court will not cancel the results of the elections, a source says

The Coordination Framework endorses the Sadrist's premiership candidate, names others for discussion