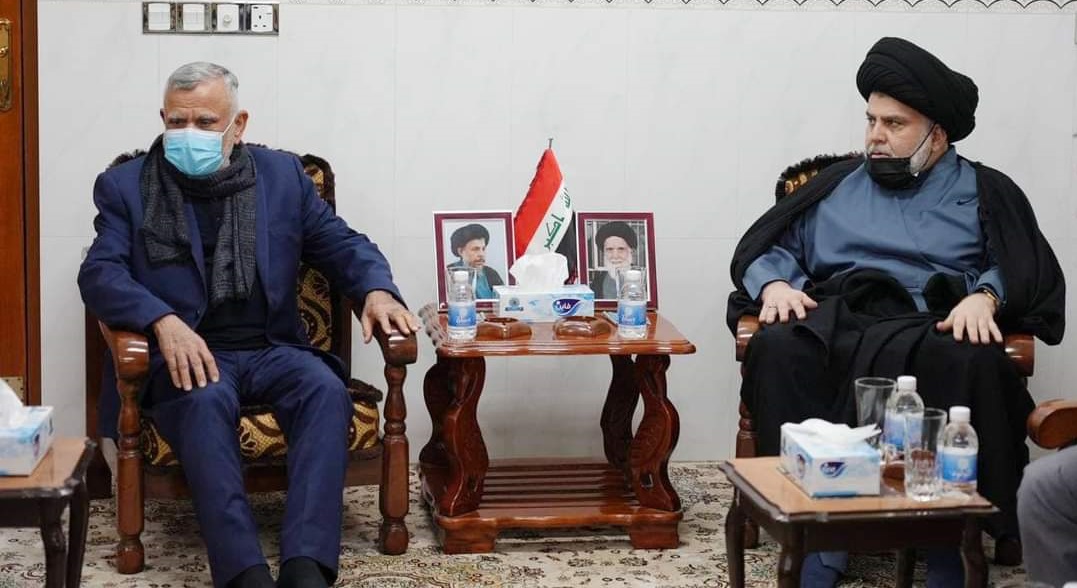 The Coordination Framework convened on Sunday evening in the residence of al-Nasr alliance leader, Haidar al-Abadi.

In a statement issued on Sunday, the Coordination Framework reiterated "the unity of its directions in achieving the people's interests, protecting the national unity, and continuing the dialogue with the political forces to reach a solution that leads the country beyond this critical juncture."

The statement said that the outcomes of al-Ameri's meeting with al-Sadr were" positive", calling for "intensifying the meetings  and dialogues with the partner political forces."

The populist Shiite cleric resolutely denies allying with the Coordination Framework as long as Nouri al-Maliki is part of the deal.

Al-Maliki secured 33 seats in the October 10 election, forming the bulk of the Coordination Framework; less than half the seats won by the Sadrist movement (73 seats).