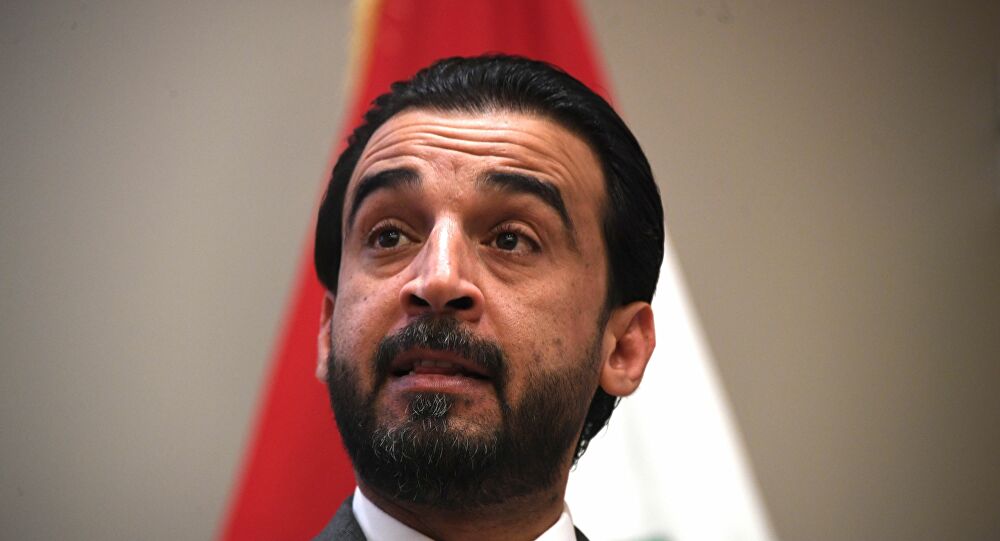 The leaders of the Shiite forces consortium, according to an official press release, "expressed consternation and dismay with the parliament speaker's behavior with the representative Bassem Khashan and his exclusion from the parliamentary committees."

The Coordination Framework leaders warned of "abusive measures against the representatives of the people," calling for "reviewing the decree, preserving the democratic course, and keeping it away from personal and factional issues."

On Saturday, May 7, Khashan said that he has documents that prove al-Halboosi's involvement in "financial crimes" and constitutional violations, calling on the leader of the Sadrist movement, Muqtada al-Sadr, to dismiss him.

During a parliamentary session last Wednesday, al-Halboosi banned Khashan from making interventions and joining parliamentary committees unless he submits a written apology to the parliament presidium.

The protestors threatened to escalate against al-Halboosi and his supporters.

Led by al-Khanjar, Azm and Takaddom form a 67-MP bloc in the Iraqi parliament

After Erbil, al-Halboosi heads to Tehran

Al-Halboosi: The time of foreign interference is over