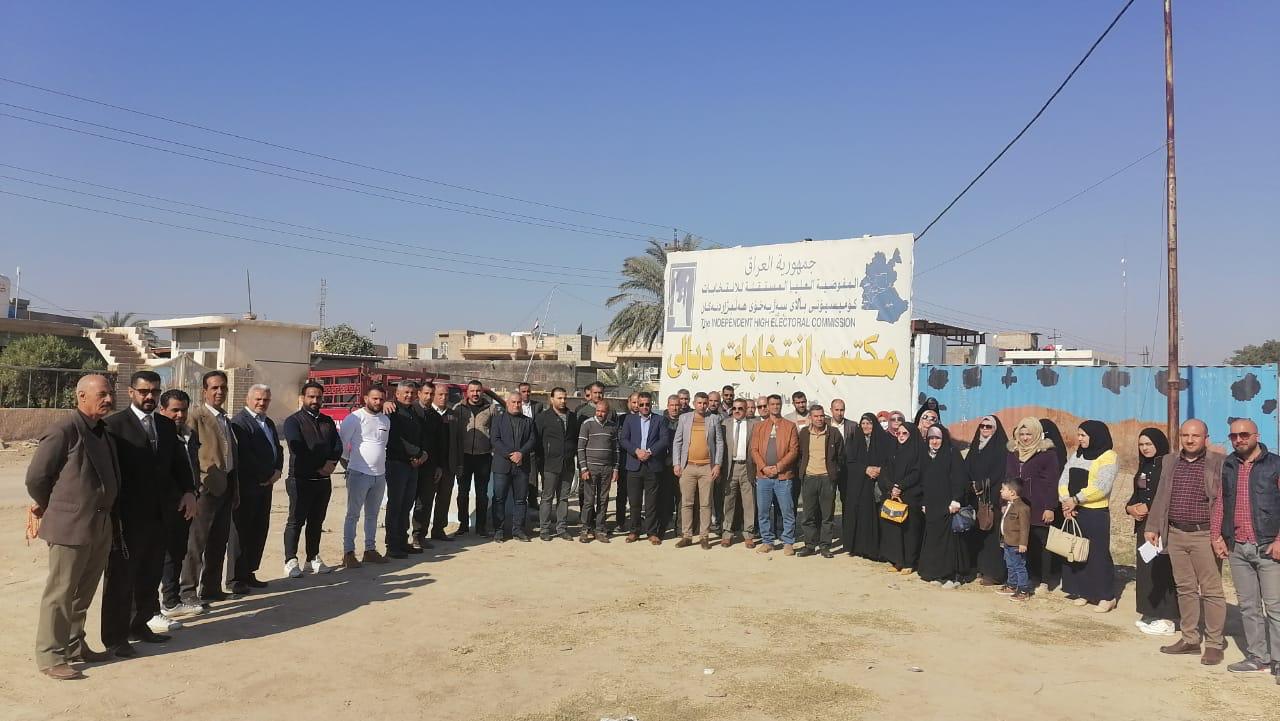 Shafaq News/Contract employees in the Diyala Electoral Office declared a strike on Sunday to demand their regulation.

Nihad Hammoud, a demonstrator and a contract employee, told Shafaq News agency, "179 employees from Diyala Electoral Office and other administrative units organized a protest and strike outside Diyala office to protest the government's and the Finance Ministry's procrastination of their legitimate demands," indicating, "Contract employees had the first and last stop on the success of electoral processes in Diyala."

The demonstrators stressed that the strike will continue until their demands are met by the government and the Ministry of Finance.

Iraqi MP: Diyala has turned into a consumer market