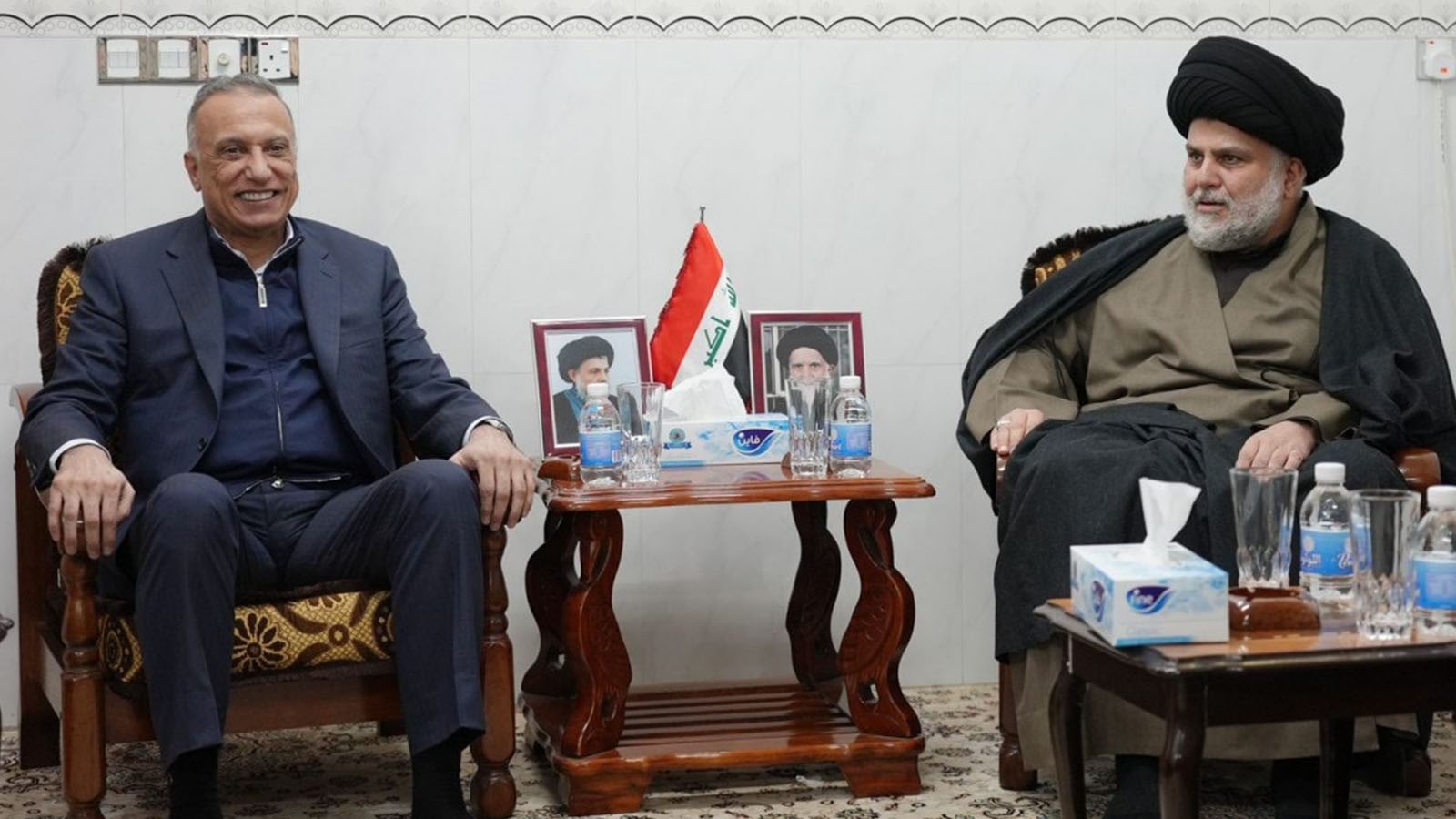 Shafaq News/ The leader of the Sadrist movement, Muqtada al-Sadr, convened with the Iraqi caretaker Prime Minister, Mustafa al-Kadhimi, at his headquarters in al-Hannana, near Najaf, a source revealed on Monday evening.

The source told Shafaq News Agency that the meeting attended by al-Sadr's advisor, Walid al-Karimawi, is being held behind closed doors.

Earlier today, a source informed Shafaq News Agency that al-Kadhimi will discuss an array of issues with al-Sadr during a snap visit to Najaf.

On January 6, al-Kadhimi carried out a lightening, yet mysterious, visit to al-Hannana. Both al-Sadr and al-Kadhimi refrained from making statements after the conclusion of the meeting. Observers believe that incumbent al-Kadhimi is seeking the maverick leader's endorsement for a second consecutive term in office.

Over the past few weeks, al-Hannana has been in the center of the political commute in Iraq. The President of the Kurdistan Region Nechirvan Barzani, along with the Parliament Speaker Mohammad al-Halboosi and the head of the largest Sunni bloc, al-Siyada, Khamis al-Khanjar, and lately the commander of Iran's elite Quds Force, Esmail Qa'ani, have been guests at the headquarters of the Sadrist leader.

al-Sadr has said he will ally himself with whoever puts Iraq's national interests first. That is an indication that he may exclude some Iran-backed Shiite blocs in favor of parties with cross-sectarian support.

Later, al-Sadr demonstrated a less defiant tone against the Coordination Framework parties but maintained a hardcore position from the head of the State of Law Coalition, Nouri al-Maliki.

A source close to al-Hannana said earlier that the Sadrist leader would rather put the "National Majority Government" on hold for another four years than allow al-Maliki to take part in it.

"Pressures, from Iran and other influential actors, are being exerted on al-Sadr to form a government that brings together all the political forces, including al-Maliki and his bloc, but he refused. Al-Sadr was adamant about it during his meeting with Qa'ani. He asserted that would rather convert to the opposition than share the cabinet with al-Maliki."

According to sources familiar with al-Sadr's meeting with Qa'ani, the Iranian commander handed al-Sadr a letter from Iran's Supreme Leader, Ali Khamenei, urging under him to "maintain the unity of the Shiite home at any costs."

Al-Sadr's vision for the next government: neither I nor al-Maliki