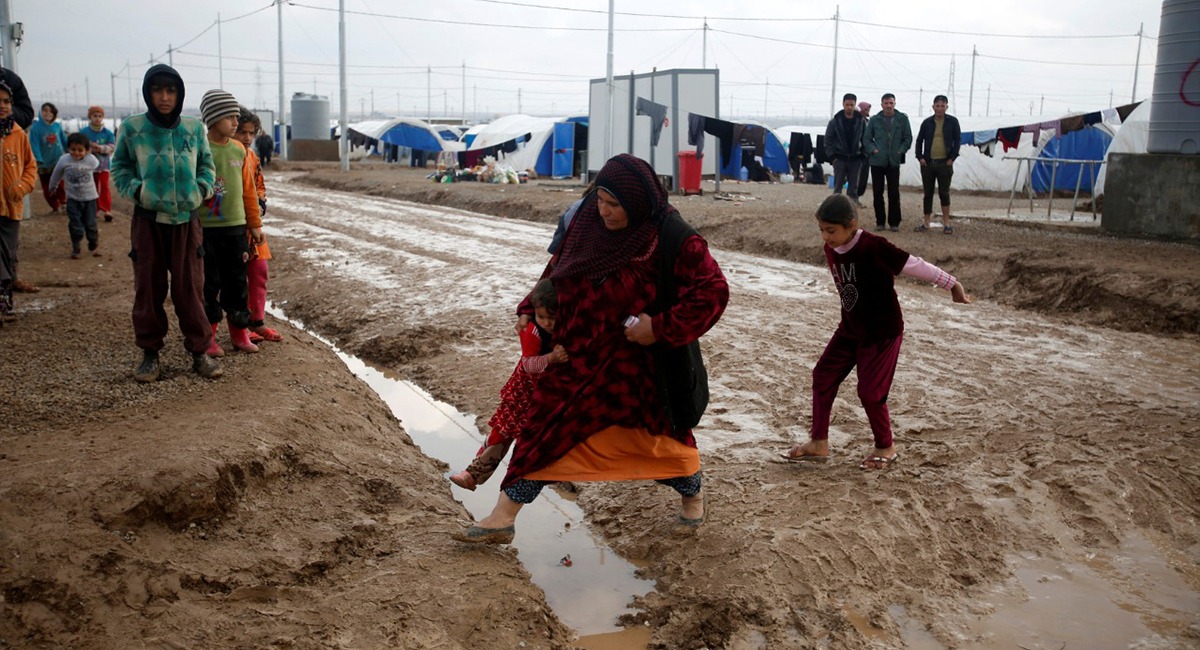 Shafaq News / The director of al-Khazir camp in Nineveh revealed on Monday the bad conditions of living in the camp after the federal government stops the fuel supplying.

Rashid Safati told Shafaq News Agency, "The federal government stopped supplying the camp with fuel a month ago, and we have called all parties and organizations to no avail…the generators stopped working."

"In addition, there are displaced families who still coming to al-Khazir from south of Mosul because the federal government closed their camps," he added.

"For now, there are more than 300 additional families, and the Iraqi Ministry of Immigration is preventing them from registering as displaced persons and does not provide any assistance," Safati said.

A displaced person in Al-Khazir camp told Shafaq News agency by phone, "The displaced are forced to go to the camp administration to charge their mobile phone,..we have people with special needs who have electric chairs need to be charged."

"We have collected donations to buy fuel, everyone pays between 500 dinars to 1,000 dinars, but not everyone has money…there are people who sell foodstuffs to provide electricity." He added.