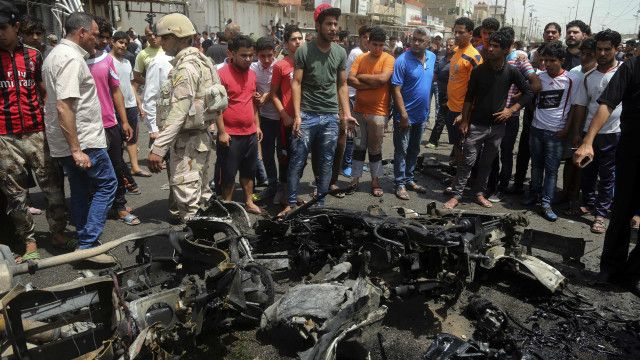 Shafaq News/ The Commander-in-Chief of the Armed Forces, Prime Minister Mustafa Al-Kadhimi, instructed to arrest the commander of the force in control in al-Sadr City, following the explosion that killed and wounded 20 persons.

The Security Media Cell said in a statement that the Commander-in-Chief of the Armed Forces ordered the detention of the commander of the force in control in al-Sadr City, of the first regiment in the Fourth Brigade of the Federal Police, following the explosion.

Al-Kadhimi instructed the Baghdad operations command to open an investigation to uncover the incident's circumstances, according to the statement.

Earlier today, a security source reported that 15 were killed and wounded in an explosion that targeted al-Whailat market in Sadr City, east of Baghdad.

The source added that five were killed, including a child, and 15 others were wounded in the explosion.