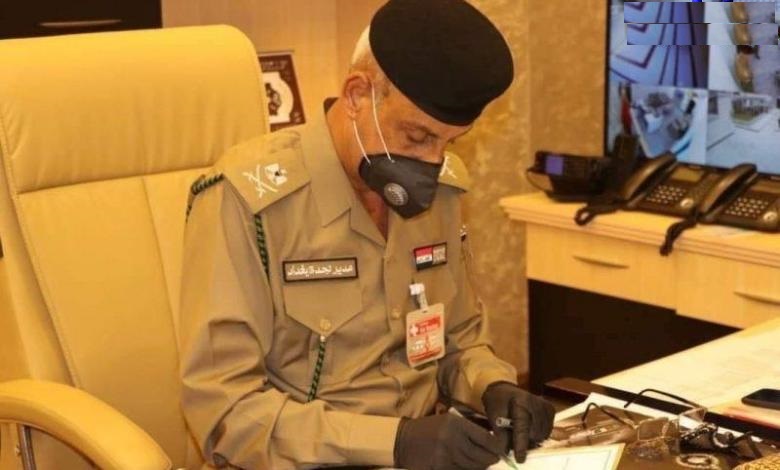 Shafaq News/ The Commander of Baghdad's emergency police, Abdul Karim Ismail, was relieved from his duties and referred to the Ministry of Interior, a source revealed today, Sunday.

The source said that the dismissal order was issued after an audio clip of him issuing an order to open a closed checkpoint in Baghdad only for a woman and a security officer went viral.