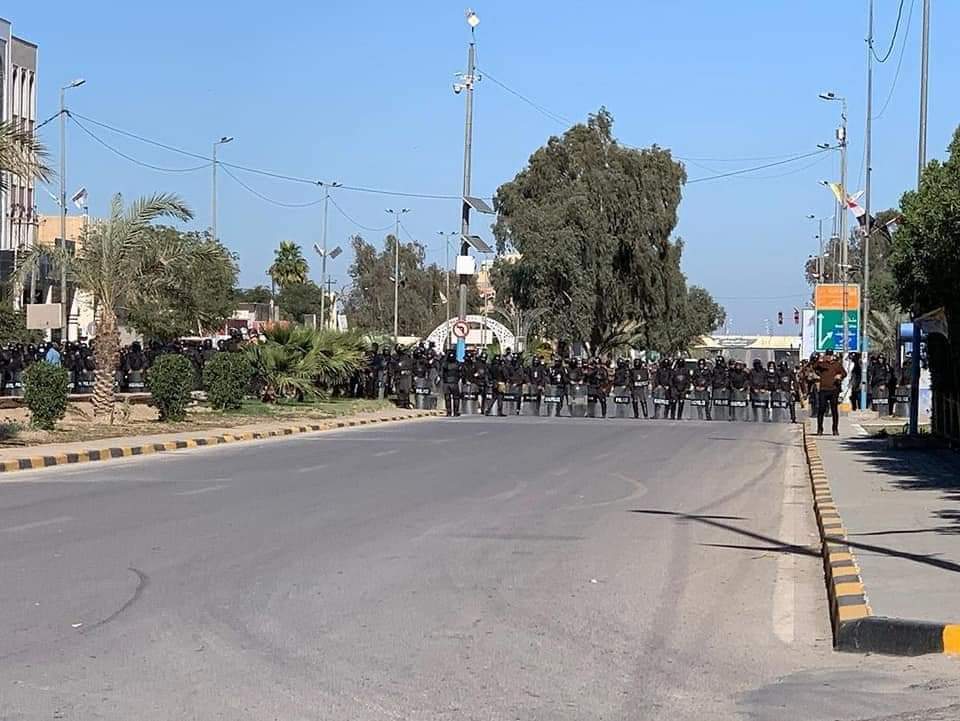 Shafaq News / Clashes broke out today between demonstrators and security forces in the vicinity of the local government building in Najaf Governorate.

A source told Shafaq News Agency, "The security forces clashed with demonstrators who tried to storm the government’s building."

Earlier, Dozens of citizens demonstrated in Najaf Governorate calling on the dismissal of the governor.

Southern Iraq has been a hotbed of protest in recent years after decades of conflict and neglect have left public services in a dire situation.