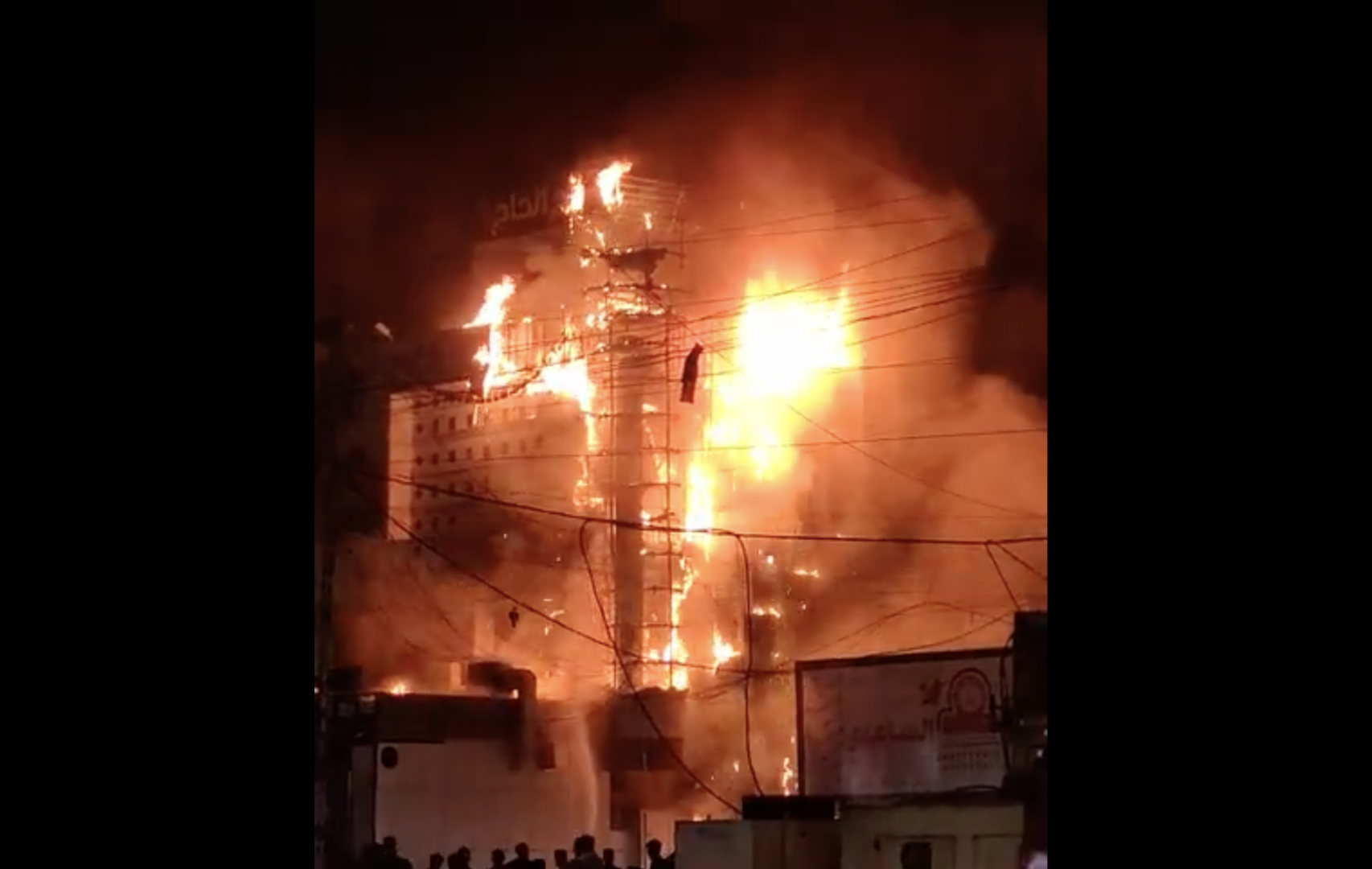 Shafaq News/ A security source reported that a massive fire broke out today evening in a restaurant in Sadr City, east of Baghdad.

Preliminary information indicated that a short circuit caused the fire.