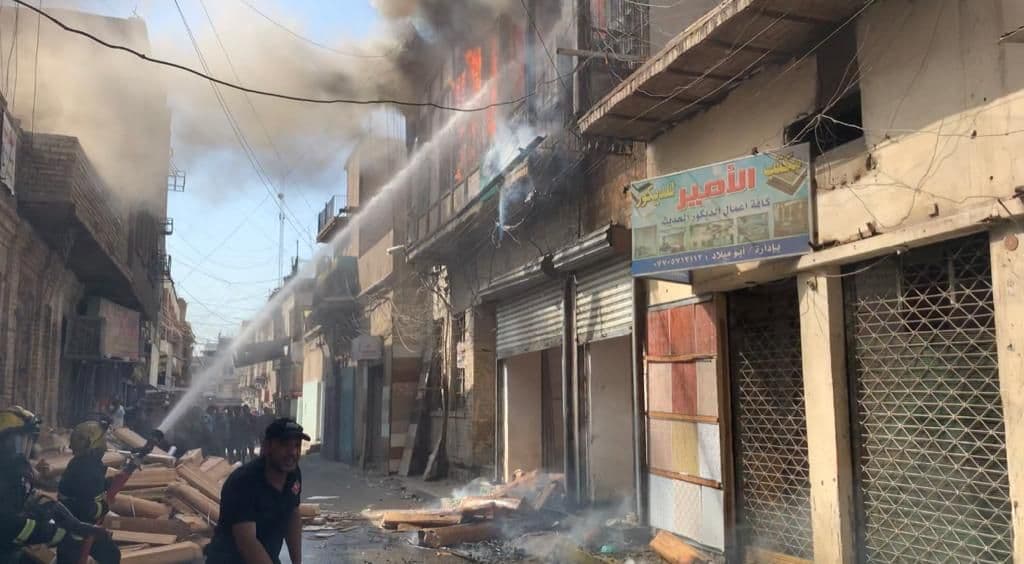 Shafaq News/ The Civil Defense Directorate announced today that ten of its teams extinguished a fire that broke out in a heritage building in Baghdad.

The directorate said in a statement that the building is located in Al-Saadoun Street in central Baghdad, and it is an old heritage building consisting of two floors.

However, the statement indicated that an investigation was opened to uncover the incident's circumstances.