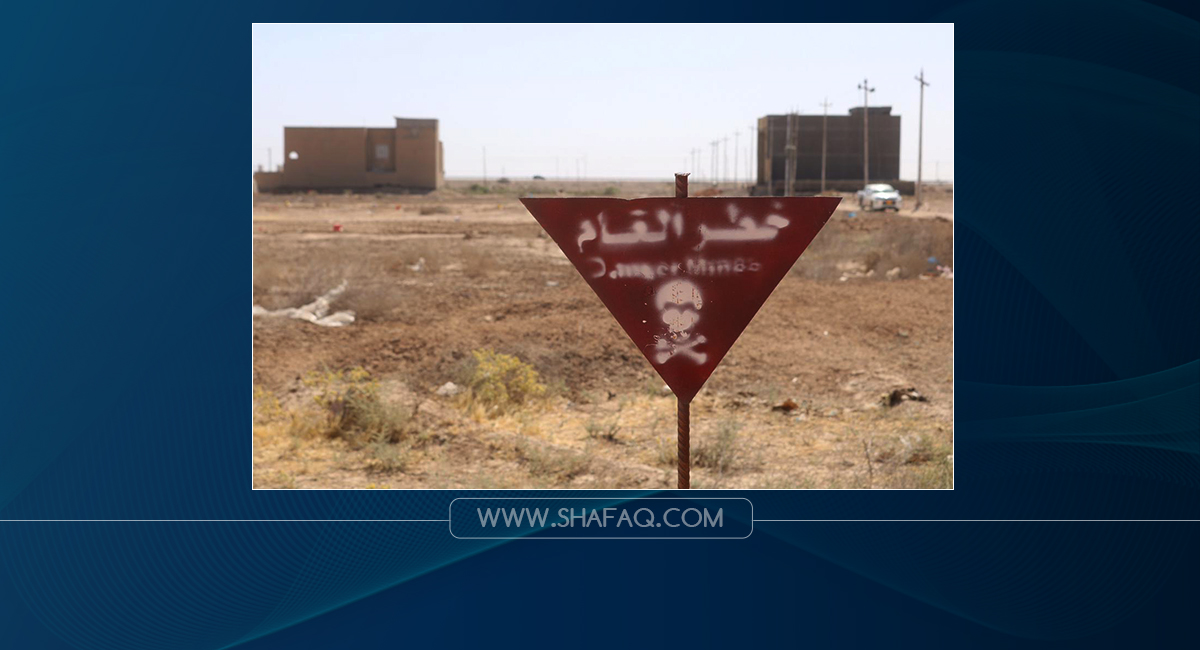 Shafaq News / The Civil Defense Directorate in al-Anbar announced launching a campaign to dismantle mines in the governorate.

The head of the Civil Defense Directorate, Brigadier General Muhammad Darwish, told Shafaq News Agency, "The bomb squads in the district launched a campaign to destroy more than 380 mines of different types and sizes in separate areas of the governorate, including Ramadi and Fallujah cities."

Darwish added that the operation was carried out in coordination with the Iraqi Army, noting that the operation comes as part of a campaign aimed at preserving the lives of citizens and ridding areas of war remnants left by ISIS.

He pointed that some explosives are "difficult to get rid of" in different areas of Al-Qaim district, west of al-Anbar, but coordination is ongoing with the Mine Affairs Department, the Field Engineering Brigade and the Al-Jazeera Operations Command to solve the issue.