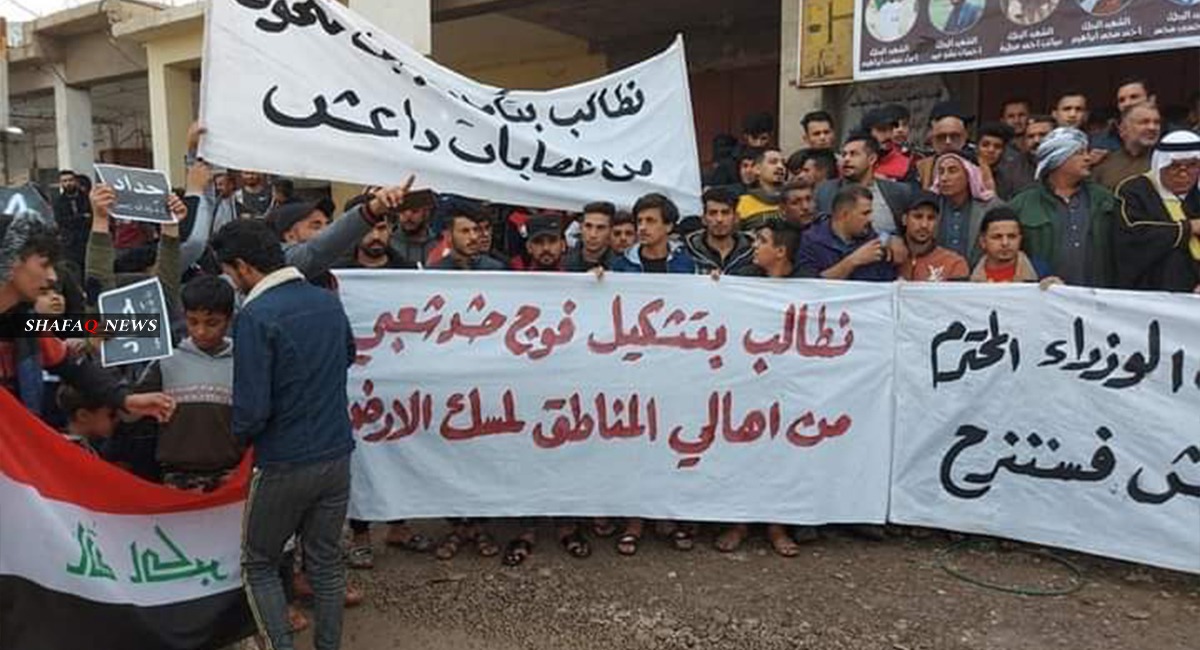 Shafaq News / Hundreds of demonstrators of the Al-Mashak village residents, north of Baiji district, north of Saladin, demanded Al-Hashd Al-Shaabi to intervene to protect the area from ISIS attacks.

An official Muhammad Zaidan told Shafaq News agency, "The residents organized this peaceful demonstration to support the security services and to participate in fighting ISIS under the cover of Al-Hashd.”

He stressed "the demonstration is a direct message to the security authorities to pay serious attention to the danger of ISIS, which is present in the vicinity of the district and its villages within the Makhoul Mountains and to the necessity to discuss the security file with the residents to prevent any other possible attacks.”

Iraq declared victory over ISIS, which once held large swathes of the country, in December 2017. But after they were defeated and driven out of areas they controlled for years, the militants have adapted their tactics to insurgent-style attacks.