Citizens call to cancel the curfew in Baghdad 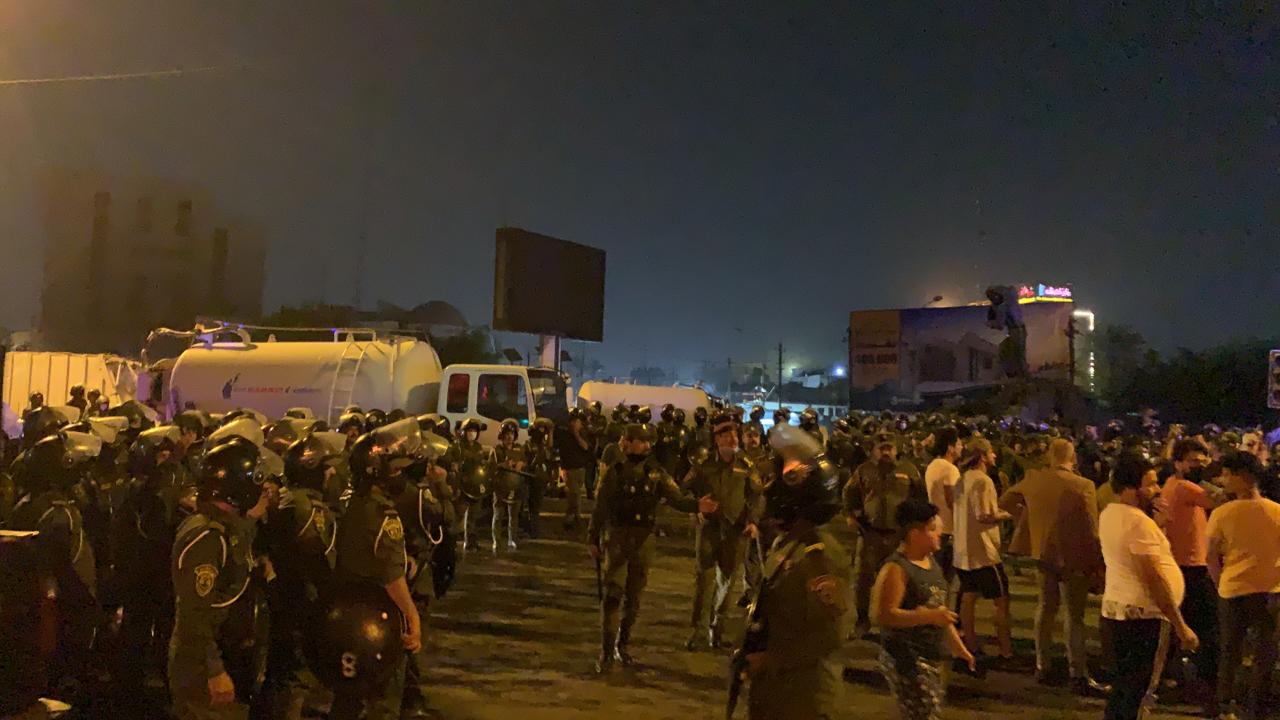 Shafaq News / Hundreds of citizens, on Thursday evening, stormed the streets in the Karrada,  the center of Baghdad, to protest against the curfew measures.

Shafaq News Agency correspondent said that hundreds of people of the Karrada area protested, this evening,   in Kahramana Square, demanding the government to totally lift the curfew.

He added that the riot police deployed in the area which is considered an important shopping center in the Iraqi capital.

Later, Iraq’s Supreme Committee for National Health and Safety decided on Thursday to impose a partial curfew to curb the coronavirus pandemic.

The Committee said in a statement the curfew will be imposed in the whole week from 0900 p.m. to the third day of 0500 a.m.

IHCHR calls the PM to abolish the curfew violation fines

Iraqi authorities confirms: no curfew will be imposed tomorrow