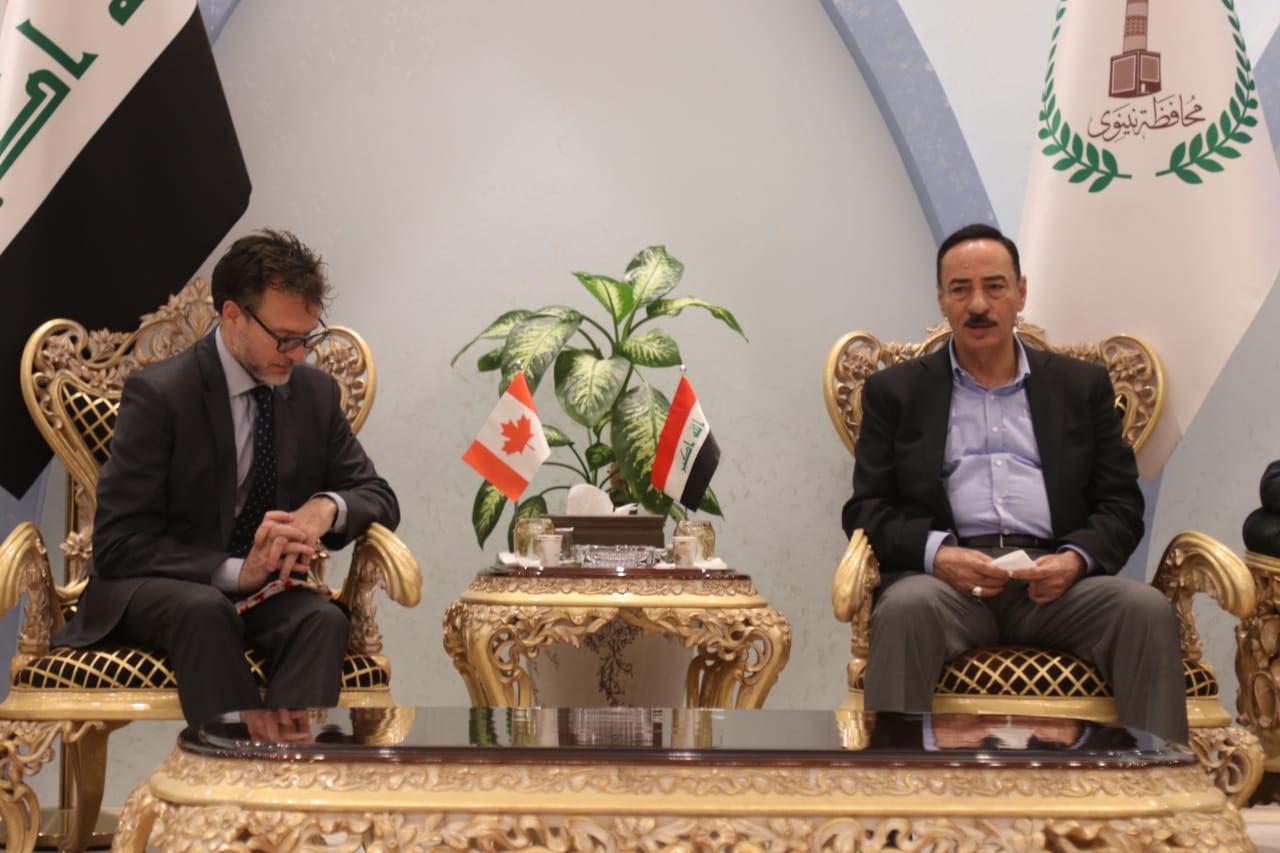 Shafaq News/ The Canadian Ambassador to Iraq, Ulric Shannon, arrived in Mosul in the second visit of a NATO envoy to Nineveh's provincial capital within a week.

Shafaq News Agency reporter said that the Canadian Ambassador met with the head of the local government, Najm al-Jubouri.

A few days ago, Vesa Hakkinen, the Finnish Ambassador to Iraq, inaugurated the Finnish consulate in Al-Shurta neighborhood on the left side of Mosul.