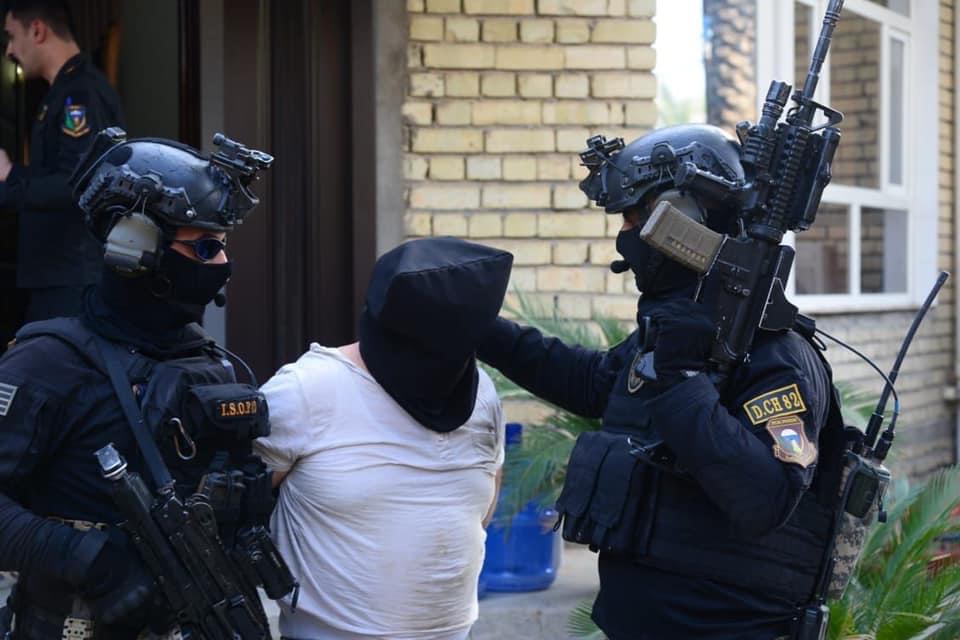 Shafaq News/ Six terrorists have been apprehended by the Iraqi Counter-Terrorism-Services (CTS) in separate operations in Baghdad, Saladin, al-Anbar, and Diyala.

A force from the CTS, according to a statement issued on Saturday, said that three terrorists were caught in a single security operation in al-Anbar, west of Iraq.

"The members of the agency carried out two separate operations in the governorates of Baghdad and Saladin," the statement said, "two terrorists were apprehended consequently."

In Diyala, a terrorist affiliated with ISIS was caught by the CTS forces, in addition to a civilian impersonating a CTS colonel extorting cash in exchange for job promises.