Shafaq News / A drone attack targeted the Victory base, located in the Baghdad International Airport, today at dawn, a security source reported.

The source told Shafaq News agency that the base's CRAM system thwarted the attack, noting that the perpetrators wrote on the drones "the leaders' revenge operation."

According to the source, the drones carried out the attack while an airplane was taking off, "which shows how careless those behind the attack are."

On January 3, 2020, a US drone targeted two vehicles carrying Soleimani and al-Muhandis, near the Baghdad International Airport, killing them immediately. 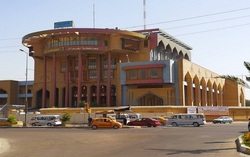 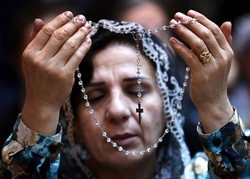