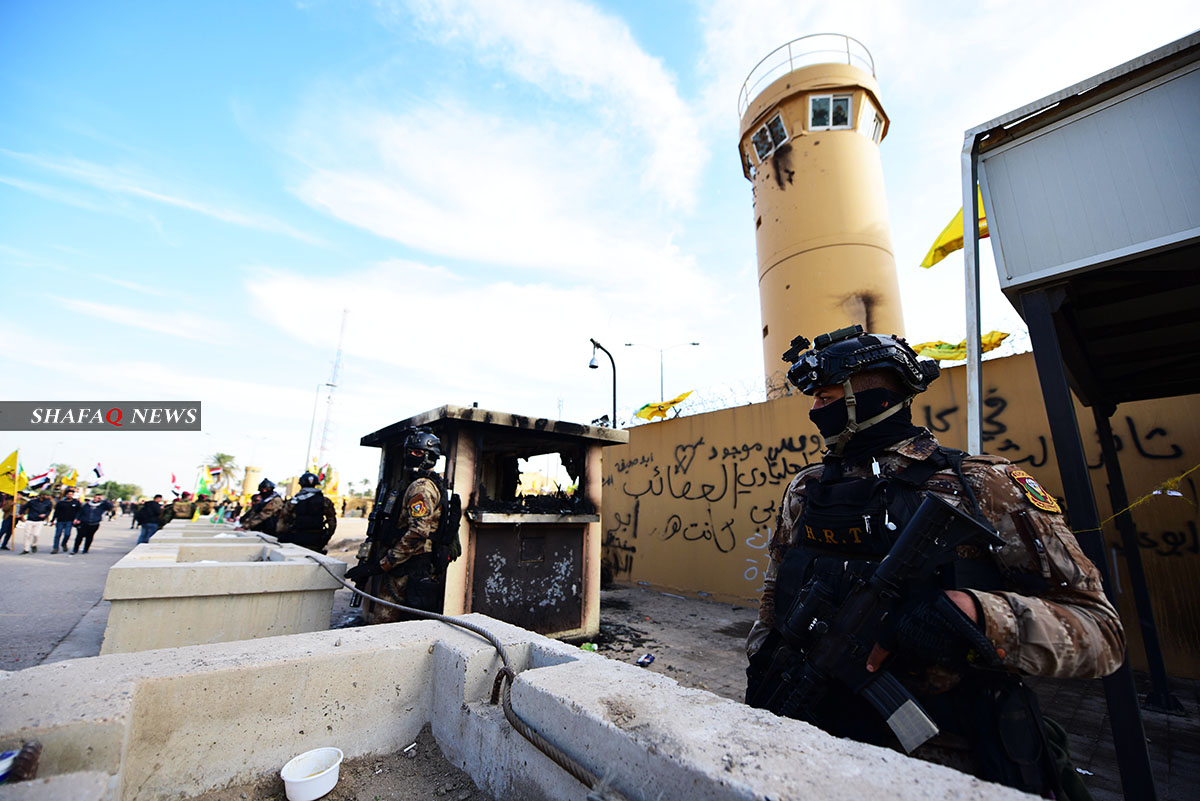 Shafaq News/ (Washington Post) The U.S. military is bracing for a possible attack on American personnel and interests in Iraq, U.S. defense officials said, days before the first anniversary of an American drone strike that killed an Iranian general in Baghdad.

The officials spoke as two B-52 bombers carried out a round-trip, 30-hour mission from Minot Air Force Base in North Dakota to the Middle East ending on Wednesday, in an effort to show American presence and military might in the region to deter Iran. The Air Force conducted similar missions twice before in the last 45 days.

“The United States continues to deploy combat-ready capabilities into the U.S. Central Command area of responsibility to deter any potential adversary, and make clear that we are ready and able to respond to any aggression directed at Americans or our interests,” said Gen. Kenneth “Frank” McKenzie, chief of U.S. Central Command. “We do not seek conflict, but no one should underestimate our ability to defend our forces or to act decisively in response to any attack.”

The latest bomber deployment, disclosed after the aircraft left the Middle East, was carried out as supporters of the Iranian regime continue to mourn Qasem Soleimani, the influential leader of Iran’s Quds Force, the elite special operations wing of the Revolutionary Guard Corps. He was killed Jan. 3 in a drone strike along with Abu Mahdi al-Muhandis, the leader of Kataib Hezbollah, an Iranian-backed militia that U.S. officials have said was responsible for numerous attacks on U.S. facilities in Iraq.

President Trump approved the operation amid escalating violence in the region, eliminating a longtime nemesis, Soleimani, who had coordinated attacks against U.S. troops and interests for years, according to U.S. officials and reports. Iran, expressing outrage, responded five days later by launching a ballistic missile attack that injured more than 100 U.S. troops and damaged several facilities.

When no Americans were killed in that attack, senior U.S. and Iranian officials both seemed to temporarily take pause.

But tensions have escalated again in recent weeks, as Washington prepares for a presidential transition following President-elect Joe Biden’s victory over Trump.

On Nov. 17, rockets were launched at the U.S. Embassy in Baghdad. Another armed group in Iraq, Ashab al-Kahf, said it was responsible.

One senior U.S. defense official said leaders of Iranian-backed militias in Iraq have met with Quds Force leaders and that a “fair amount of advanced conventional weaponry” has flowed over the border from Iran into Iraq. He declined to say how the United States observed those developments, citing the classified means by which he said the intelligence was collected.

“I would tell you that the threat streams are very real,” the senior official said, speaking on the condition of anonymity because of the sensitivity of the issue. He characterized the situation as the “most concerning that I have seen” since Soleimani’s killing, and said there is concern of a complex attack.

The United States has reduced the number of staff at the U.S. Embassy in Baghdad and warned of consequences if any Americans are killed. Iraqi officials, meanwhile, have expressed concerns about a possible confrontation between the United States and Iran on Iraqi soil in the closing days of the Trump administration.

On Dec. 20, more than 20 rockets were launched at the diplomatic compound housing the embassy. At least one Iraqi civilian living nearby was killed, and vehicles and buildings on the American site were damaged, the senior U.S. official said.

The attack followed a frequent pattern in Iraq, with Iran denying involvement as U.S. officials assessed that the rockets were launched by militias coordinating with Iran. Trump responded by tweeting a warning.

“Our embassy in Baghdad got hit Sunday by several rockets. Three rockets failed to launch,” Trump wrote. “Guess where they were from: IRAN. Now we hear chatter of additional attacks against Americans in Iraq. Some friendly health advice to Iran: If one American is killed, I will hold Iran responsible. Think it over.”

Iran’s foreign minister, Mohammad Javad Zarif, responded with a tweet of his own, writing that Trump had “recklessly” accused Iran of the rocket attack.

“Trump will bear full responsibility for any adventurism on his way out,” Zarif wrote.

The cycle of deployments to the Middle East in response to worries about Iran has prompted concerns about how the Defense Department uses its resources.

In an opinion piece, Kathryn Wheelbarger, a former defense official in the Trump administration, and Dustin Walker, a former Republican staff member for the Senate Armed Services Committee, wrote in the Wall Street Journal this month that U.S. commanders have long sounded a refrain for more forces in response to Iran.

“This is business as usual, and it must stop,” they wrote, citing recent deployments of B-52s and the extension of the aircraft carrier USS Nimitz in the region. “Sending the most advanced and expensive U.S. conventional forces to the Middle East in response to every potential provocation isn’t an effective or sustainable way to deter Iran’s bad behavior. Continuing this approach wastes taxpayer dollars, drains military readiness, and deprives the U.S. of ready forces needed to compete with and deter China and Russia.”

Biden has called Trump’s policy toward Iran — including withdrawal from an international deal to limit the country’s nuclear program, the imposition of economic sanctions and his bellicose rhetoric — “a dangerous failure.” Biden said that there’s a “smart way to be tough on Iran” and that he will rejoin the nuclear deal if Iran adheres to its terms.

“If Iran chooses confrontation, I am prepared to defend our vital interests and our troops,” Biden said in an essay published by CNN in September. But, I am ready to walk the path of diplomacy if Iran takes steps to show it is ready to