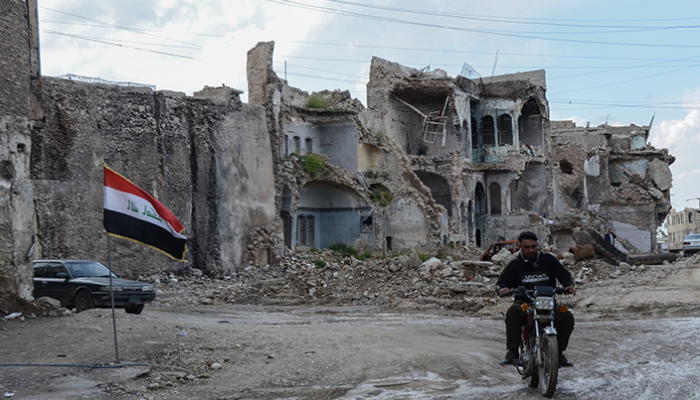 Shafaq News / A source in Nineveh Operations Command stated, on Saturday, that two booby-trapped vehicles were found under the rubble in the old city of Mosul.

The source told Shafaq News Agency that the Popular Mobilization Forces (PMF) found booby-trapped car and bulldozer under the rubble in the Sarjakhana area of the old city of Mosul, indicating that the PMF engineering team is dismantling them.

The vehicles are from ISIS remnants.

Meanwhile, a source in Maysan Governorate police informed Shafaq News Agency that an explosive device blew up in Awasha area in the center of the city of Amara, resulting in material damage.

The security forces have opened an investigation into the incident and have cordoned off the area.

Al-Dhari: those calling for retrieving Jurf al-Sakhr shall work to unearth the Khasfa in Mosul