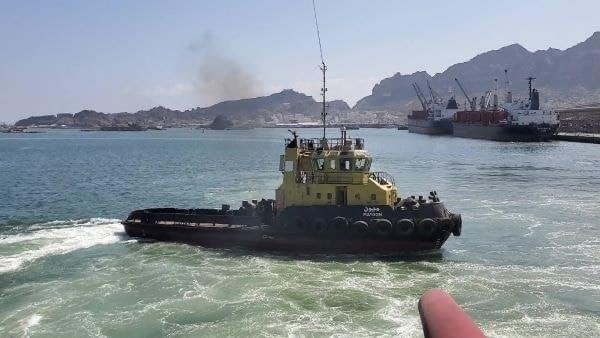 Shafaq News/ The bodies of the marines who perished in the fire that tore into an Iraqi tugboat inside the International water to the maritime checkpoint in al-Faw district, Basra Governorate, far south of Iraq.

A source told Shafaq News agency that the bodies are entirely charred from the blazes.

On July 14, a source revealed that four Iraqis and a fifth Indian national died in a fire incident that turned a domestic tugboat into ashes outside the Iraqi territorial waters.

Unidentified shooters execute a woman and her son in Basra