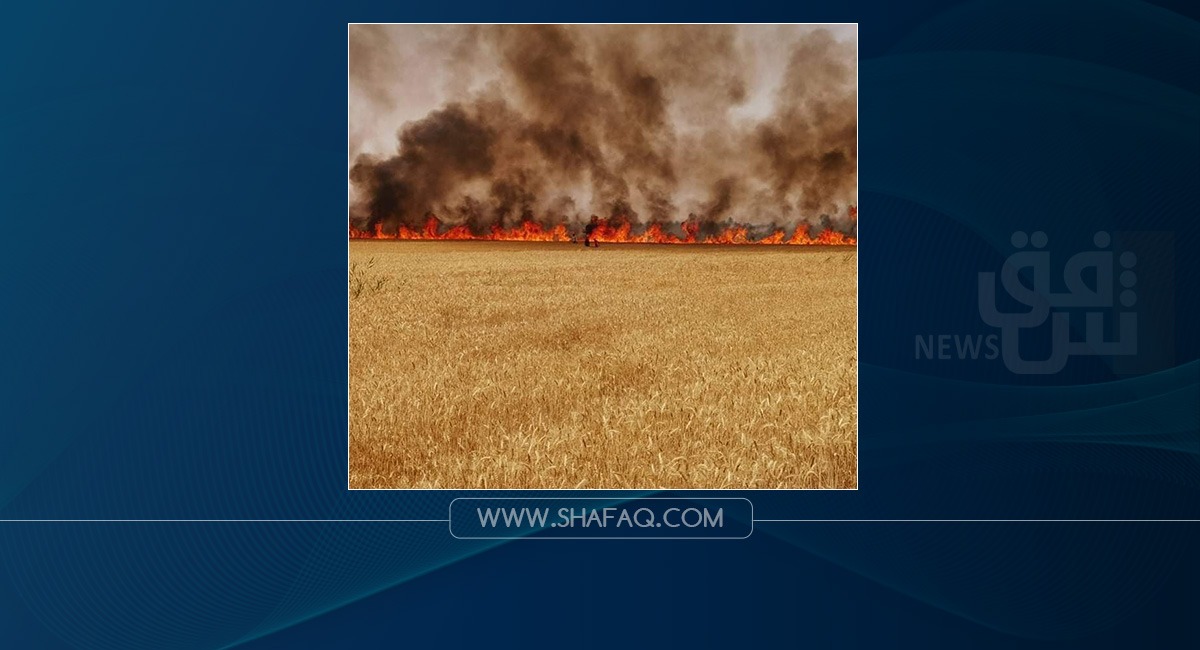 The chair of the Peasants Association Union in Najaf said in a statement to Shafaq News Agency, "a vehicle loaded with agricultural material touched electric wires near a wheat field in al-Abbasiyah sub-district, which resulted in a fire that swept 50 Dunums. The citizens and Civil Defense teams successfully saved 400 dunums."

"The damages inflicted due to the fire are valued at 25 million dinars," he added.

In the same context, a source in al-Diwaniyah said that fire ravaged 15 dunums of wheat fields in al-Bdeir district.

The source said that firefighting teams extinguished the blazes before they extended to nearby green areas without causing human casualties.

Security forces started an investigation into the circumstances of the incident, according to the source.

Fire incident has become more frequent since the beginning of May, which marks the harvest season. Those incidents became annual over the past few years, ever since Iraq attained self-sufficiency.