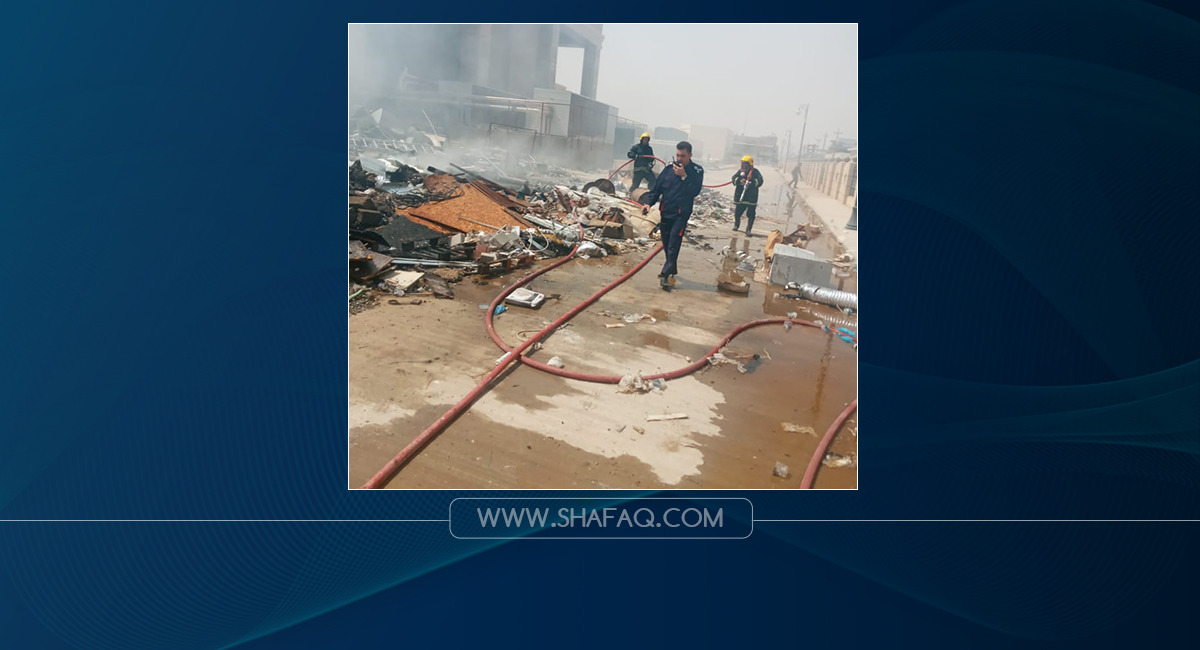 Shafaq News/ Firefighting teams in Najaf extinguished on Friday a fire that erupted downtown the city and nearly caught the Cultural Palace and the governorate's blood bank.

A security source told Shafaq News Agency that the flames erupted in a 500-meter-long landfill near the two sites.

"The source of the fire is still unidentified. No human or material damages reported at the moment."

One fatality and three injuries in an explosion in Najaf governorate