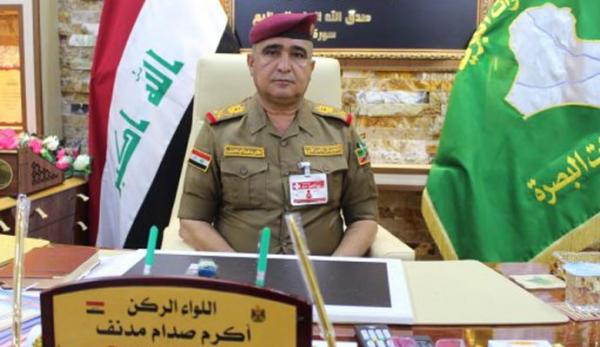 Shafaq News / The Commander of Basra Operations Command, Major General Akram Saddam, warned on Monday of any abuse or aggression against healthcare institutions and personnel in Basra Governorate pledging to meet such incidents with swift legal acts.

Saddam said in a statement received by Shafaq News, "the security forces are keen to ensure protection for the medical personnel and vital facilities of the Basra Health Directorate."

He added, "The Operations Command will enhance the security presence in hospitals and health centers in the center of Basra governorate."

Saddam praised, "the great role and the humanitarian work of Basra Health Directorate and the medical personnel over the last period that witnessed the outbreak of Coronavirus."

He continued, "The security forces in charge of protecting hospitals should hold their security responsibility for protecting the employees of the Ministry of Health during the official working hours."

A statement by Basra health Directorate announced earlier that outlaws assaulted a member of the healthcare personnel of Al-Faiha teaching hospital.