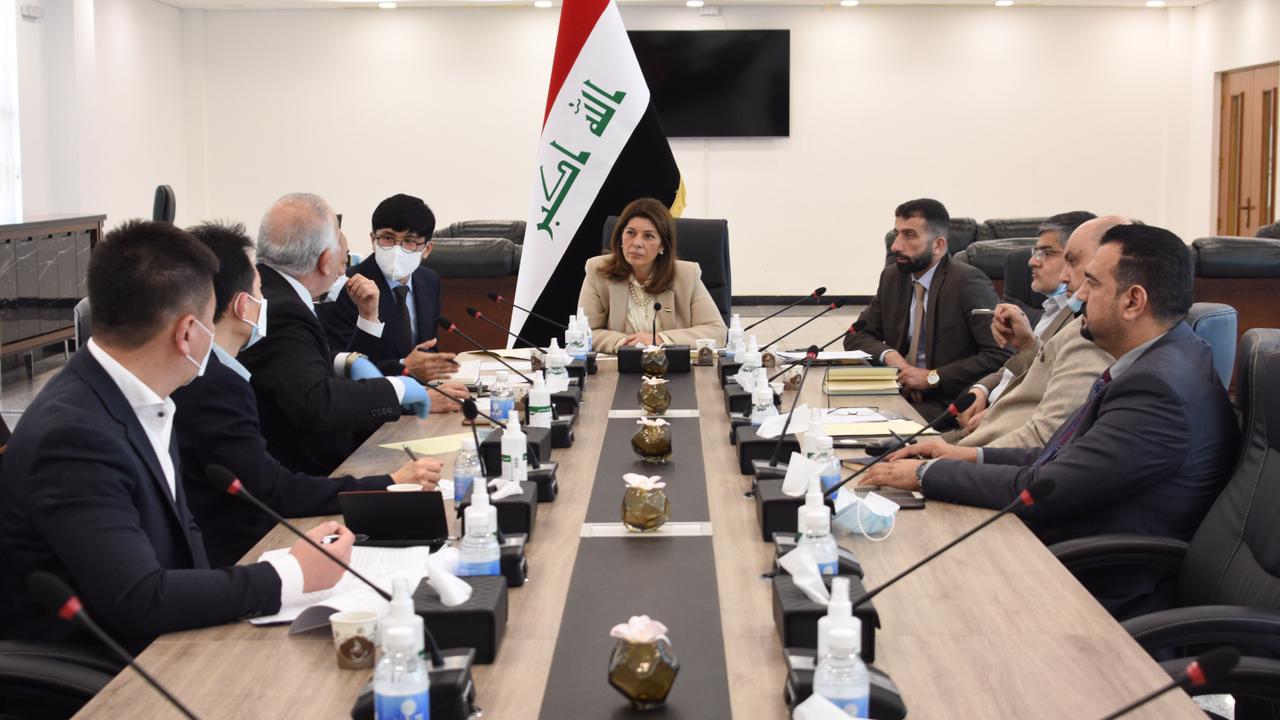 Shafaq News / The Head of the National Commission of Investment, Suha Dawood Najjar, said that the new units in two compounds in Basmayah Residential City will be allocated by beginning of next month.

The media office of the authority said in a statement received by Shafaq News agency that the head of the Commission met with the management of the South Korean Hanwha Company, which is implementing the Basmayah residential project, and discussed with them important issues related to the project.

The statement indicated that Najjar set the 28th of February as the date for receiving the new buildings in Complex (B2) with 2160 residential units, and Complex (B3) with 1080 units from the Korean company.

Najjar scheduled drawing the lots over the units for 1-4 of next March and the distribution will take place on the seventh of March.

Takadum movement condemns the attack on its headquarters in Baghdad