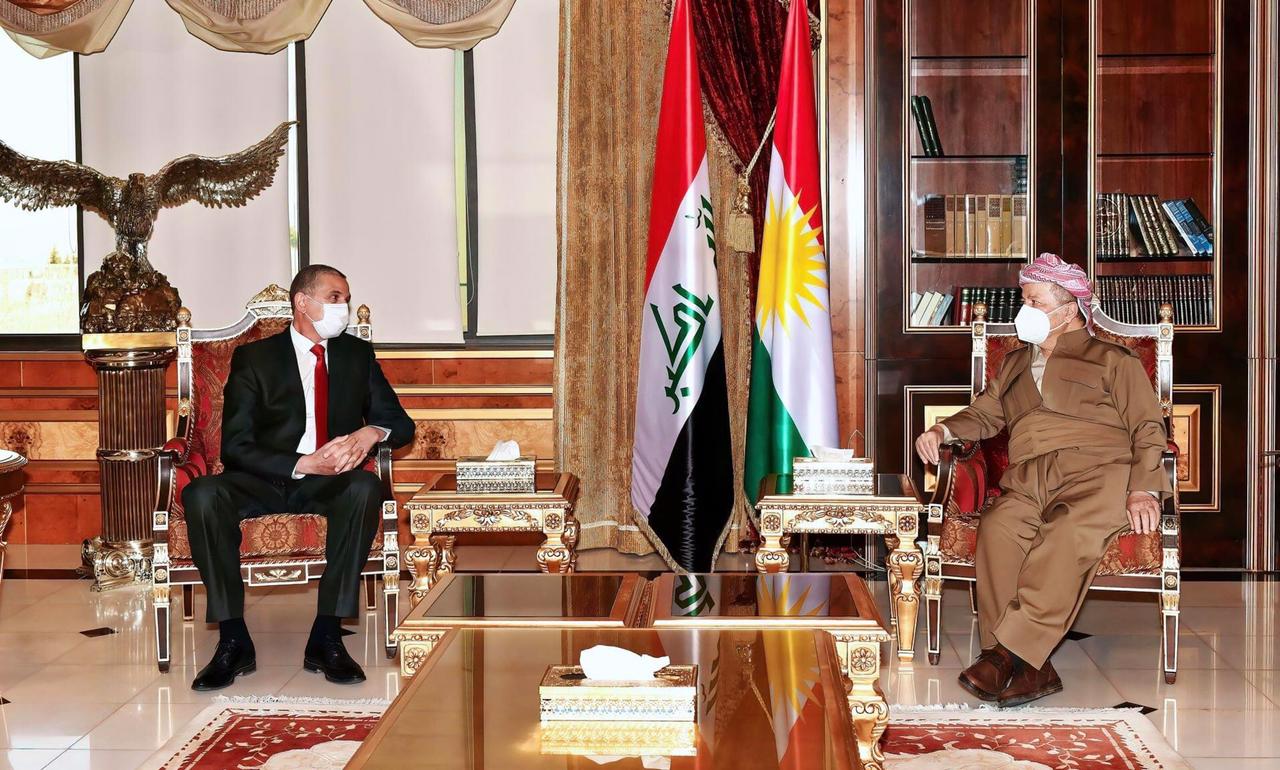 News / Masoud Barzani, Head of the Kurdistan Democratic Party (KDP), and Othman Al-Ghanmi, the Iraqi Minister of Interior confirmed the necessity to implement the Sinjar agreement.

According to a statement by Barzani's office, KDP leader Barzani received in his headquarters in Saladin Governorate the Minister of Interior, Othman al-Ghanmi.

The two parties discussed the latest developments in relations between Iraq and the Region, the security situation in the Country and combating terrorism, in addition to stressing the implementation of the agreement to normalize the situation in Sinjar.

Last October, the Iraqi government announced that Baghdad had reached a “historic deal” with the Kurdistan Regional Government (KRG) over the governance and security of Sinjar.

Several parties welcomed the agreement between the federal government and the Regional Government.

The deal ends the authority of intruding groups and paves the way for the reconstruction of the district and the full return of its people in coordination between Erbil and Baghdad.

In the security axe, the agreement hold the local police, the National Security and Intelligence services to take responsibility within the district.

It also ordered all armed factions to be deported outside the borders of Sinjar including PKK.

Child injured in an explosion in Sinjar