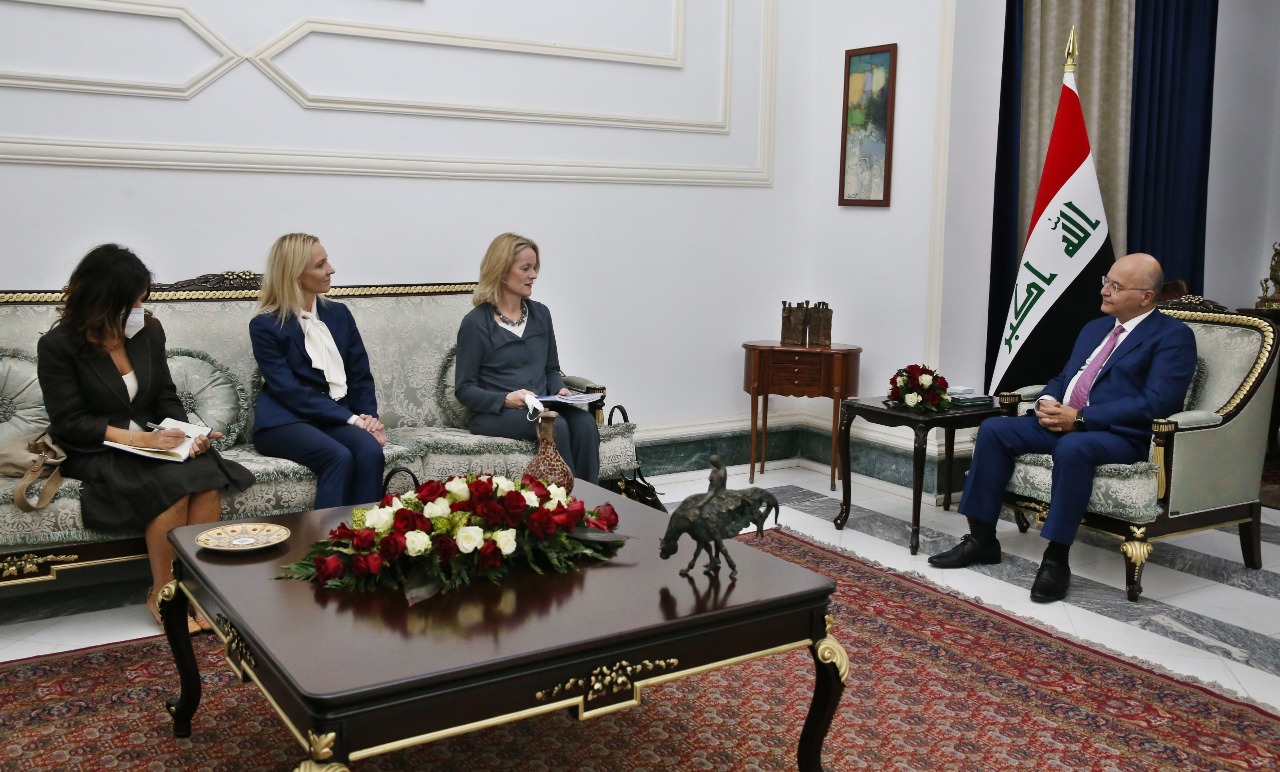 A readout issued by the presidency of the republic said that the visit marks the end of the EU committee mission in Iraq.

President Salih called for "joining hands and committing to the constitutional deadlines" in order to form "a strong and active government that protects and serves the Iraqis and achieve prosperity and stability."

Von Cramon briefed the President about the EU EOM's report on the October 10 election and commended the efforts of the Iraqi authorities in running the election.

Iraq's President: cooperation with IOM is essential to combating terrorism