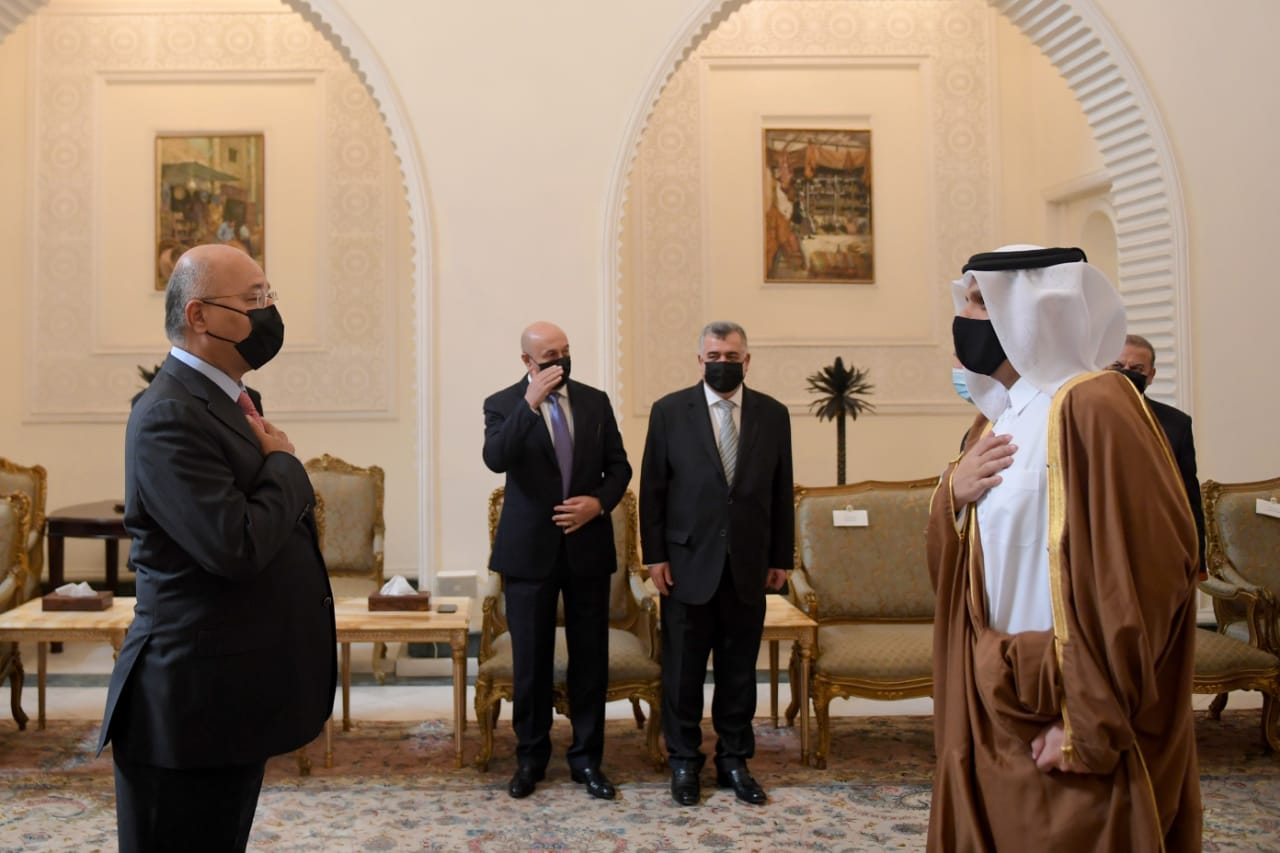 The statement said that the Qatari envoy conveyed the greetings of the Qatari Prince to the Iraqi President and handed him an official invitation letter from the former.

Saleh discussed with his guest the bilateral relations between the two countries and the recent regional and international developments of interest.

"The countries of the region have a huge responsibility against the current crises and turmoils to joint efforts, push forward the political solution pathways, consolidate the regional stability, confront terrorism and extremism, and support the economic, commercial, and developmental cooperation," Saleh continued.

"Maintaining the security, stability, and the sovereignty of Iraq is a fulcrum and common interest to the security and the stability of the region and interests of its people."

The Qatari Minister asserted his countries support for cooperation with international and regional parties to maintain the security and the stability of the region, highlighting his country's commitment t "support the security, stability, and sovereignty of Iraq, as well as enhancing bilateral cooperation on various levels."

Emir of Qatar: we declare our support for Iraq