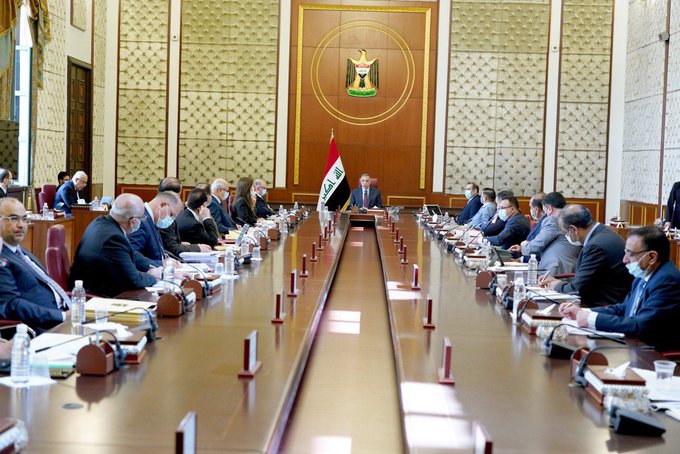 Shafaq News/ The Iraqi Prime Minister, Mustafa Al-Kadhimi, rolled today, Tuesday, a list of directives during the convention of the Council of Ministers and announced that the tripartite summit would take place in Baghdad.

Al-Kadhimi highlighted the rising prices of some domestic products, instructing the Ministries of Interior and Economy to take the necessary measures to hinder the manipulation of the citizens' sustenance.

The Prime Minister decreed supporting to the Ministries of Trade and Agriculture to provide wheat.

"Some gangs are exploiting human cases in the most heinous way by beggary. We instructed the Ministry of Interior to follow-up on this issue and pursuing those gangs to bring them to justice."

"Only cars with licenses can work as Taxi. The traffic directorate shall perform its duty and put an end to this."

"Extensive diplomatic movement is taking place in Iraq. The Iraqi-Egyptian-Jordanian summit will convene in Iraq."

"Important visits are taking place continuously in the country. Iraq is becoming a vital diplomatic destination for country leaders for Iraq to play its pivotal role, to serve our country, our people, and pacifying the region."