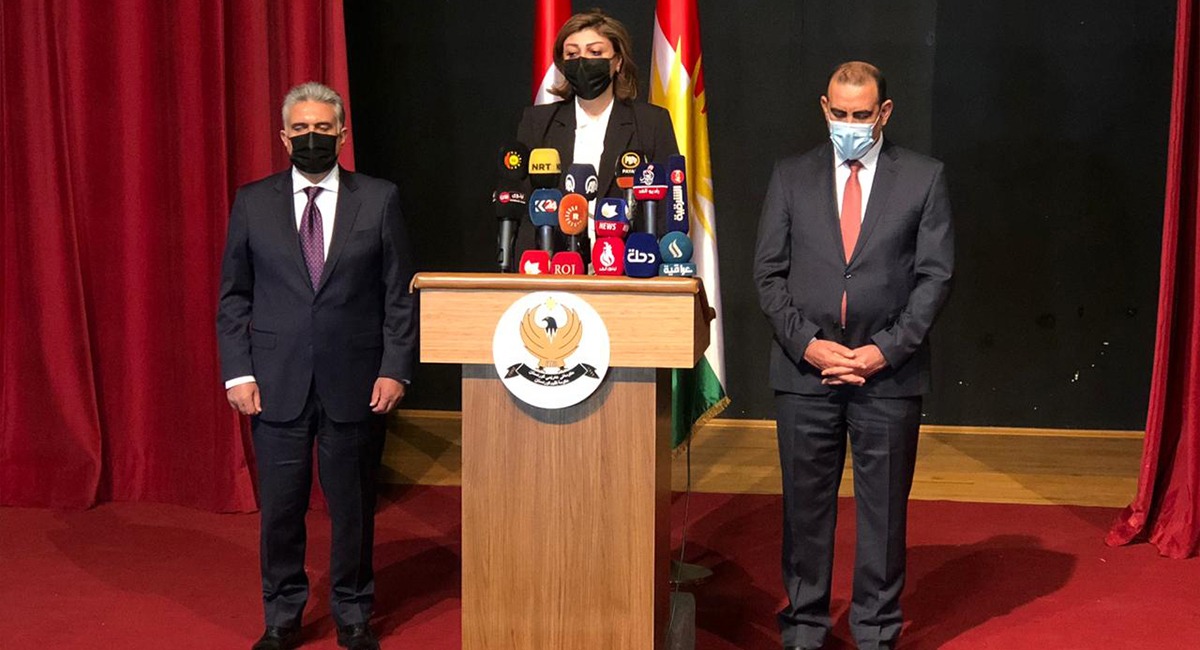 Shafaq News /The federal government announced today, Thursday, a three stages plan to resolve the issue of displacement camps in the country.

This came in a joint press conference of representatives from the federal government and Kurdistan Regional Government after a meeting of the High Committee of Relief and Support of Displaced People. The meeting was attended by the Minister of Interior of Kurdistan region, Reber Ahmed, and two ministers of Immigration and the Displaced people, Ivan Faiq, and Planning Khaled Battal Al-Najm, in addition to governors, administrative and military officials from both sides.

"We have set a deadline for closing the camps. We will start from the 21st of this month until the end of this year by closing five camps in Baghdad and Karbala as a first stage", the Minister of Immigration and Displacement said during the conference.

She added, "In the second phase, which will start from 1-1 until 1-3-2021, 15 other camps will be closed across the country", adding, "In the third stage, we will close the camps in Kurdistan region. The truth is that we face a problem in the region that the displaced people will not return to their homes.

The Minister of Planning said, "Currently we are studying the reasons behind the refusal of the displaced return. We are working to create the conditions for their return to their areas".

For his part, the Minister of Interior in the Kurdistan Region expressed his dissatisfaction "in general with the Iraqi government's management of the camps," saying, "the aid it provides is not of the required level and does not reach the level of the needs of the displaced people"

The minister said that 30-40% of the requirements are provided by Baghdad for the camps in Kurdistan, while 60% are provided by the regional government, noting that, "after about three weeks, there will be an another meeting in Baghdad to continue the needs of the displaced in the camps".

The Minister of Interior arrives in Diyala and visits Abu Saida