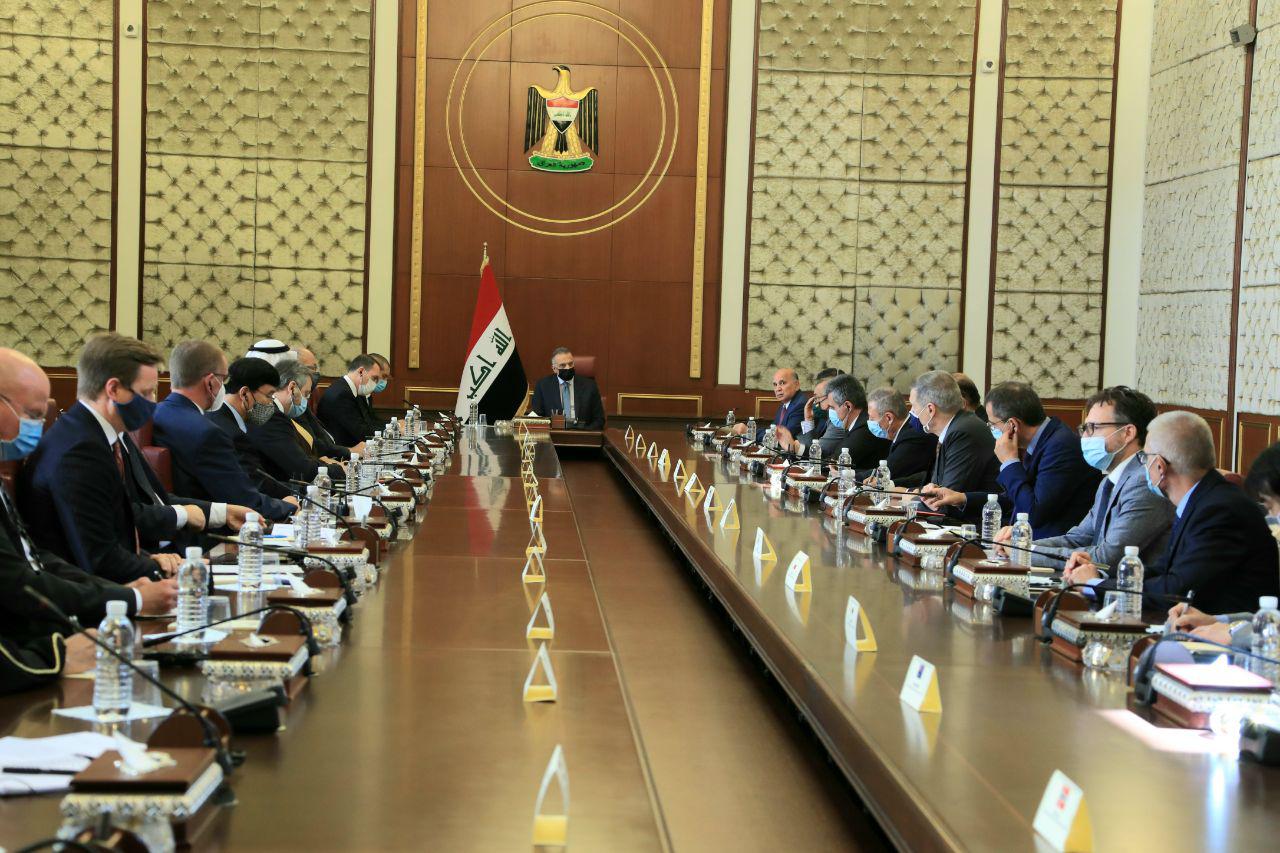 Shafaq News / The Iraqi Minister of foreign affairs, Fouad Hussein, discussed with his German counterpart, Heiko Maas, in a phone call on Sunday the measures taken by his ministry to prevent the attacks on the Green Zone and Baghdad international airport.

According to a statement by the Ministry of Foreign affairs, the conversation focused on bilateral relations between the two countries, as well as the American administration's to close its embassy in Baghdad.

As by the statement, Hussein expressed concern about the US decision, as it does not serve the interests of the Iraqi people.

The Iraqi Minister affirmed, "his country's government has taken several security, organizational, political and diplomatic measures to stop the attacks on the Green Zone and the airport. There will be tangible positive results soon".

The two ministers discussed, "various possibilities for the status of diplomatic missions in Baghdad", stressing, "the importance of the exchange of views and communication to reach solutions to this crisis".

Frequent targeting of US headquarters and forces caused widespread controversy in Iraq recently, after news that Washington might close its embassy in Baghdad, which can ultimately lead to imposing economic sanctions on the country.