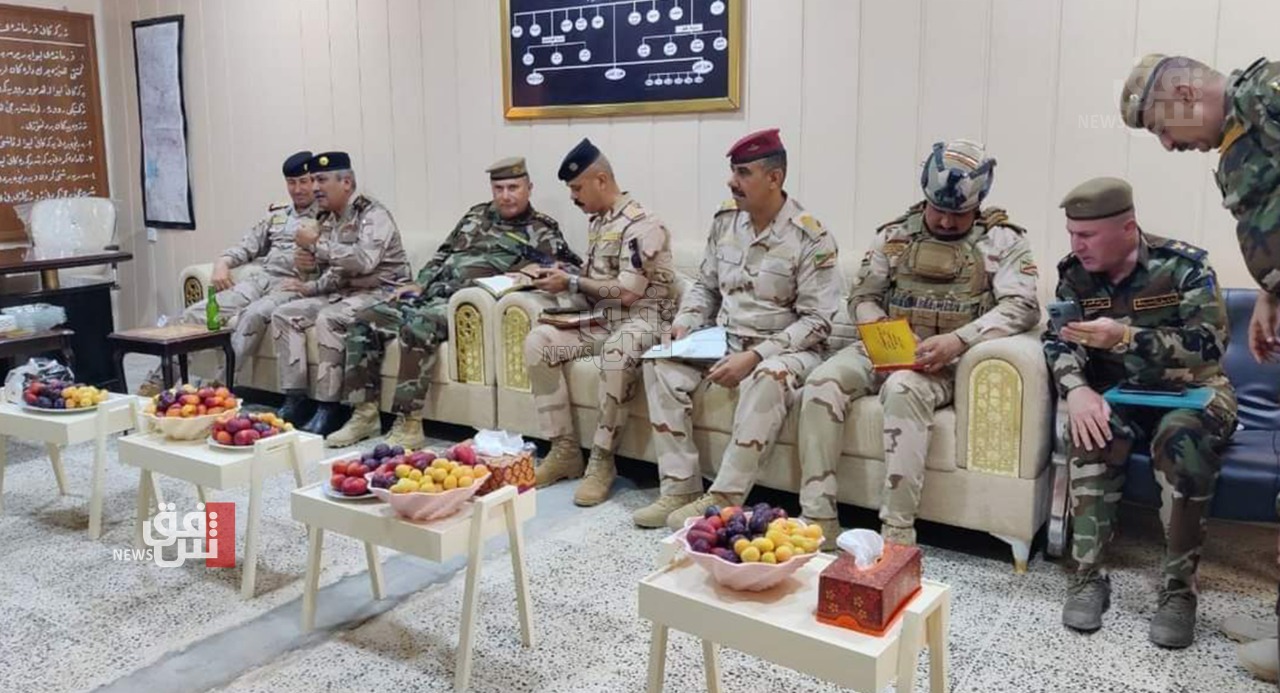 Shafaq News/ Commanders from the Peshmerga and the Iraqi army forces convene in Kolju on the outskirts of the Kalar sub-district to ponder solutions for the growing threat of ISIS militants in the territory.

"The meeting touched upon the security situation in Kolju, an area between Garmyan and Diyala, and ways to address the security gaps exploited by the terrorist groups," a source told Shafaq News Agency.

"The terrorists sheltering in the security gaps om Kolju used to attack the security forces and the civilians in nearby territories. However, the area is secured now by the Iraqi army and the Peshmerga forces," the source added.

Army-Peshmerga joint brigades will see the light after the 2023 budget approval: source