Attended by the Commanders of Kurdistan's police, a high-level security meeting in Baghdad 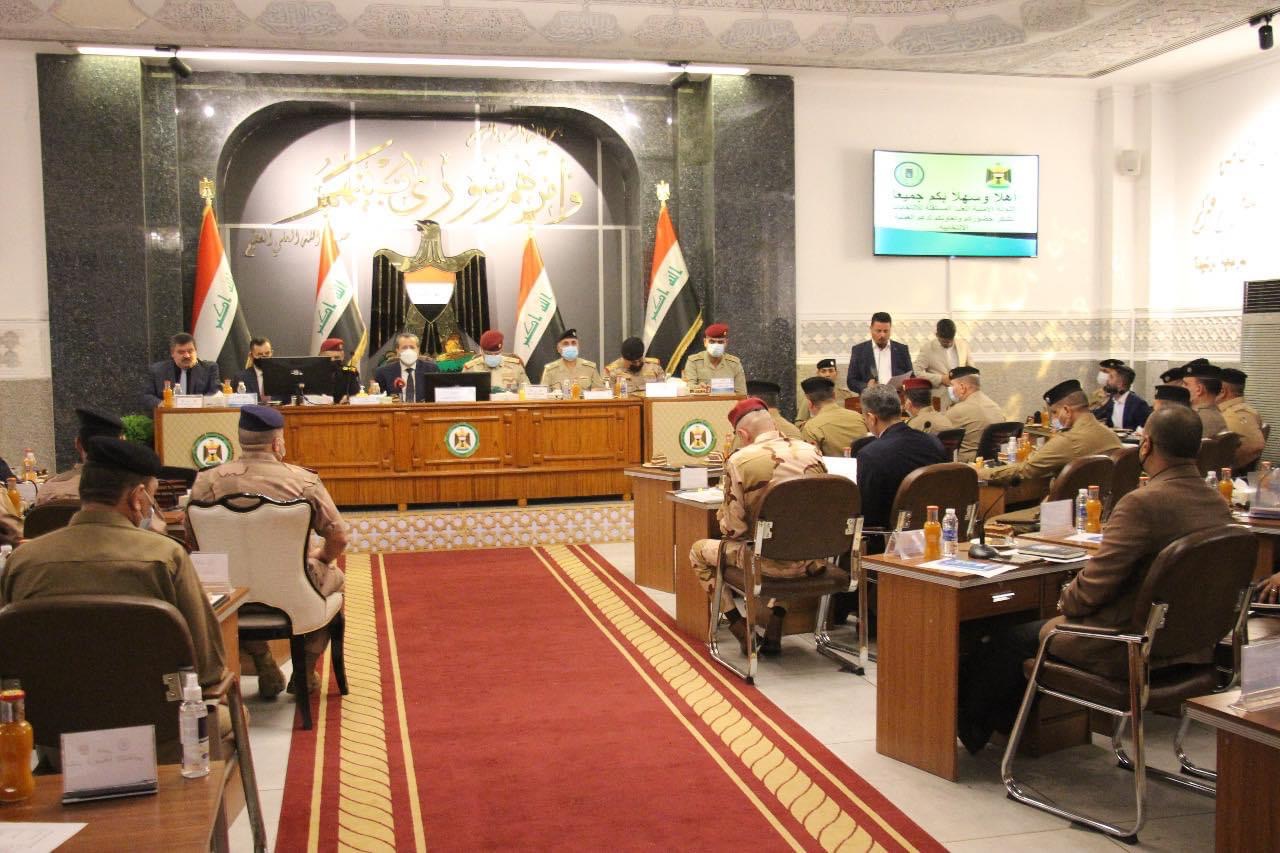 Shafaq News/ The Supreme Security Committee for Elections held today, Monday, a meeting to discuss the preparations for the upcoming elections scheduled for October.

The Iraqi Security Media cell said in a statement to Shafaq News Agency, "the Supreme Security Committee for Elections and the Independent High Electoral Commission held a meeting on Monday and discussed plans to secure the electoral process and the procedures related to it."

"Lieutenant-General Abdul Amir Al-Shammari, Deputy Commander of Joint Operations, Chairman of the Supreme Security Committee for Elections, presided the conference at the headquarters of the Baghdad Operations Command, in the presence of the Undersecretary of the Ministry of Interior for Police Affairs Lieutenant-General Imad Muhammad Mahmoud, the Commander of the Counter-Terrorism Service Lieutenant General Abdul-Wahhab Al-Saadi, head of the Independent High Electoral Commission Judge Jalil Adnan Khalaf, and the commanders of security services in Iraq, including the police commanders in the Kurdistan Region.

The meeting discussed the ongoing preparations to secure the parliamentary elections, secure election centers, facilitate the movement of citizens during the elections, and address problems and violations that may occur, as well as maintain constant communication with the supportive authorities.