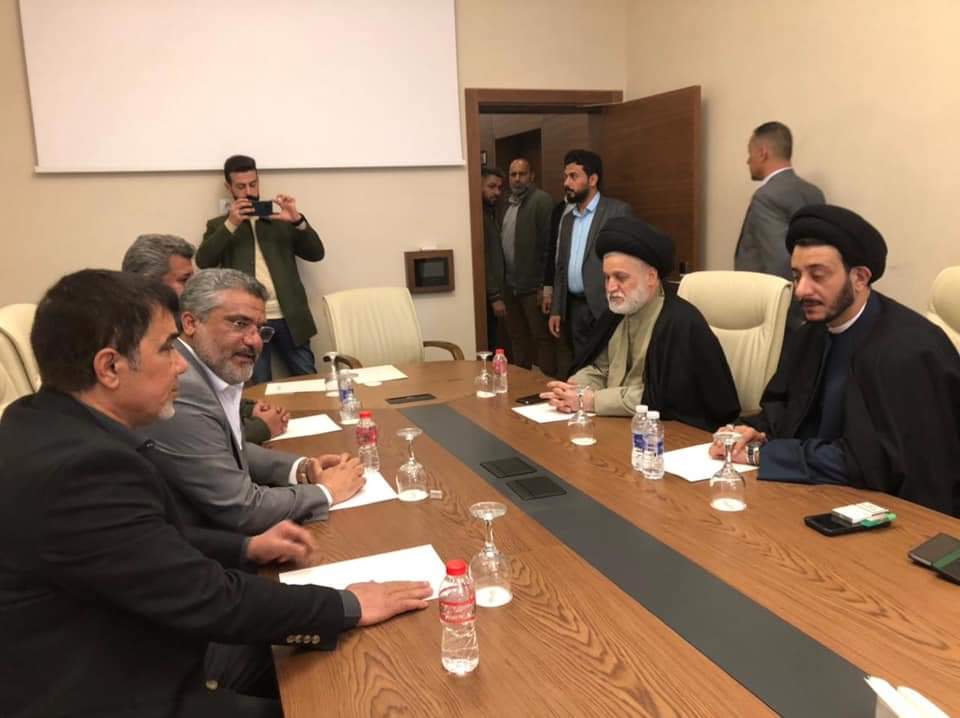 Shafaq News / The delegations of the Sadrist movement and Asa'ib Ahl al-Haq held a meeting today to discuss containing the current political tensions.

The two parties issued the following joint statement after the meeting:

1-We denounce and condemn all the murders that took place in the governorate.

2-We will support the judiciary and the security agencies so that they can play a major role in enforcing the law and reducing crime rates.

3-We stand at the same distance from all parties.

4- The committee will keep working, following up on the investigations, and identity the perpetrators to punish them according to the law.

5-We call on the residents of Maysan to be patient to prevent those who seek to create strife between the sons of Mohammad al-Sadr from doing so.

6-We hope that media institutions will be more careful and accurate in obtaining news from trustable sources, and not from social media.

Maysan is going through a violent wave of assassinations that targeted tribal figures, government officials, and security personnel, in addition to members of the Sadrist movement and Asa'ib Ahl al-Haq.

Sadrists might gear up for a move to opposition, official says