Asa'ib Ahl al-Haq: foreign forces is not serious about withdrawing from Iraq 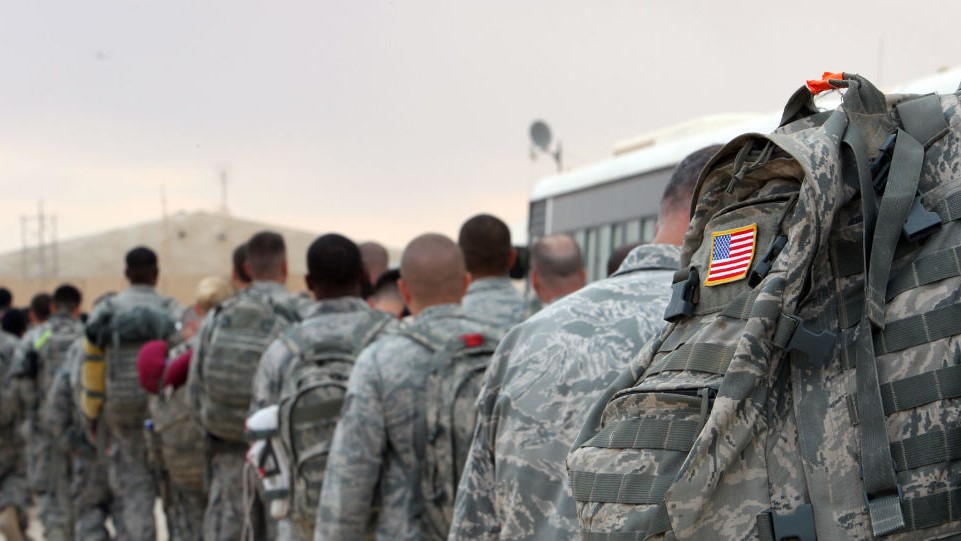 Shafaq News/ Asa'ib Ahl al-Haq Movement commented, on Friday, on the United States' decision to withdraw its troops from Iraq by the end of 2021.

A member of the political bureau of Asa'ib Ahl al-Haq movement, Saad Al-Saadi, told Shafaq News Agency, "The US Department of Defense (the Pentagon) is making excuses and the foreign forces' presence in Iraq continues, they have no seriousness to withdraw from Iraq."

He added, "This confirms what the resistance factions have said," noting that "foreign forces do not respect Iraq's sovereignty."

The United States and Iraq are expected to formalize the end of Washington's combat mission in Iraq by the end of the year and continue the transition toward training and advising Iraqi forces, U.S. officials said on Thursday.

There are currently 2,500 U.S. troops in Iraq focusing on countering the remnants of the Islamic State. The move is not expected to have a major impact since the United States has already moved toward focusing on training Iraqi forces.

But the announcement, set to come after President Joe Biden meets his Iraqi counterpart in Washington next week, will be at a politically delicate time for the Iraq government and could be seen as a victory domestically in Baghdad.

"The key point that you're going to hear conveyed and I think is just incredibly important is that the Biden administration wants to stay in Iraq because the Iraqi government has invited us and requested that we continue to do so," a senior defense official, speaking on the condition of anonymity, said.

"The mission doesn't change ... how we support the Iraqi security forces in the defeat ISIS mission is what we're talking about," the official added.

The official said there would be a focus on logistics, maintenance of equipment, and helping Iraqi forces further develop their intelligence and surveillance capabilities.

Al-Khazali: the Resistance Coordination Commission has not yet entered the US embassy