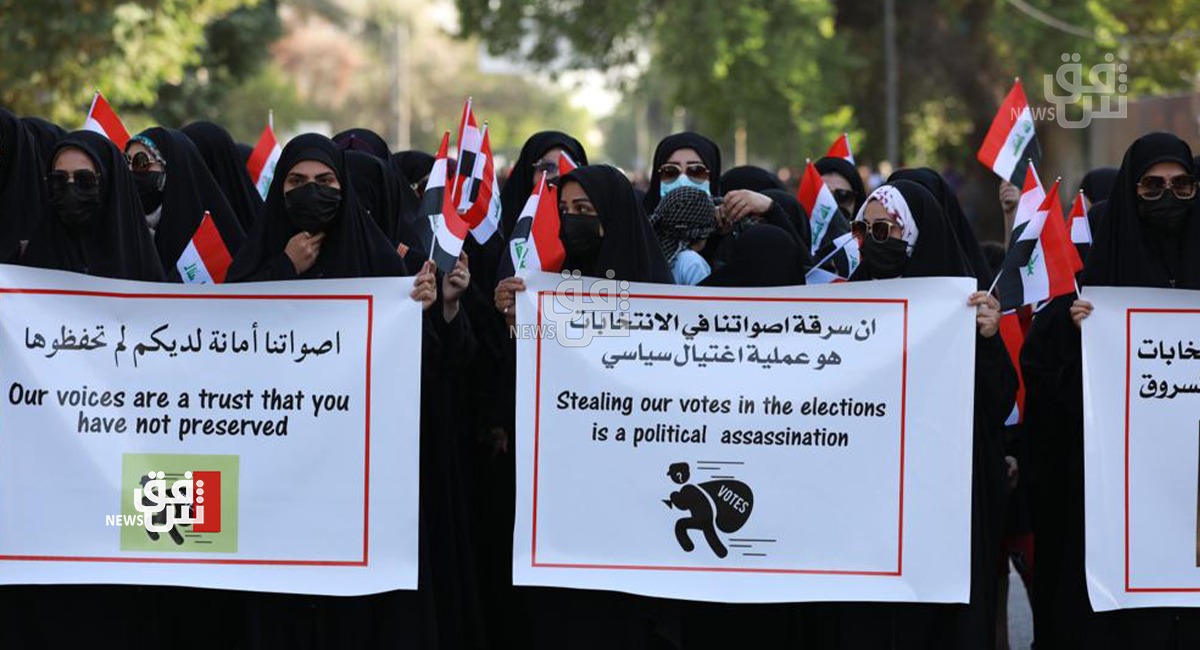 A member of the movement's political bureau and spokesman, Mahmoud al-Rubaie, told Shafaq News Agency, "The movement's cadres and its peacefully protesting supporters insist on their demands to cancel the announced election results, and manually recount votes."

Al-Rubaie added, "There are various complaints and appeals that the concerned authorities must deal with transparently. The announced results must be consistent with the mass vote in general, because the public feels like its votes have been stolen."

"The peaceful protests aim to do the right thing, especially amid clear targeting of specific names in the Al-Fatah Alliance and in other political entities, including the representatives Hassan Salem, Abdel Amir Taiban, and Muhammad Abdel Karim Al-Baldawi. These people were voted for by many. The same applies to the Former Prime minister Haider al-Abadi and candidates from al-Hikmah Movement."

He added, "According to our information, there are several roles shared by Israel, Britain, and America, as well as Emirati funds and hands in cooperation with internal effective and influential parties on the Commission."

The Asaib Asaib spokesman called on the Iraqi judicial authorities to identify these parties and deal with them judicially.

Regarding the movement's next steps, if the results problem is addressed and all parties are satisfied, al-Ribaie said that Asa'ib 3ill stick to its national program, whose paragraphs are summed up in the "complete withdrawal of foreign forces from Iraq and supporting al-Hashd al-Shaabi.".

The Al-Fatah Alliance, which includes the majority of armed Shiite factions in Iraq, rejected the preliminary results of the parliamentary elections, while its supporters, who are in a continuous sit-in at the gates of the Green Zone in central Baghdad, intend to escalate things "unless the commission follows the manual counting in polling stations."

Asa'ib Ahl al-Haq and al-Fatah: the dynamics and strategy of Iran's allies in the upcoming elections