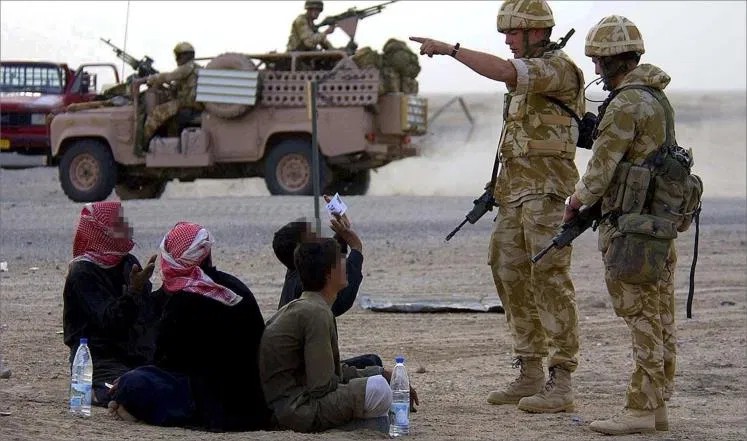 Shafaq News / A former British major, was exonerated from killing an Iraqi boy after 17 years of investigations.

Saeed Shibram's family says its “son drowned after British soldiers forced him to go into the river in Basra in 2003.”

But a report published on Thursday said there was no reliable evidence of the soldiers' responsibility.

Baroness Heather Hallett, who led the investigation of the Iraqi dead, said “it was possible that Shibram’s family were misled by false witnesses who claimed the boy was pushed into the water.”

She said it was "most likely" that Shibrams son "jumped or fell" into the water, trying to escape from what he believed would be "severe punishment for robbing."

Major Campbell, one of the accused soldiers in the case, told BBC defense correspondent Jonathan Bell, "I am relieved that after eight investigations we were finally acquitted, but I am angry that it took 17 years and ruined my career."

“I am angry that, despite the disclosure of the two main Iraqi "witnesses" in 2006, the Ministry of Defense chose to believe them.” He added.

Veterans Secretary Johnny Mercer said in a statement that he hoped Thursday's results would bring "an end and reassurance to the family and the veterans participating in this process."

"Nobody wants to see service members or veterans face intense investigations into the accident, and the Foreign Operations Act will help provide greater certainty and protection." he declared.

The government says the new law protects the armed forces from "malicious prosecutions," but critics argue that it could invalidate torture.

The death investigations team was formed in Iraq after the Supreme Court ruled that it is necessary to follow up the investigations conducted by the Iraqi Historical Allegations Team in the form of an investigation that cost 34 million pounds and did not lead to any prosecutions. Members of Parliament in the Defense Committee in the House of Commons described it as a "complete failure." ".