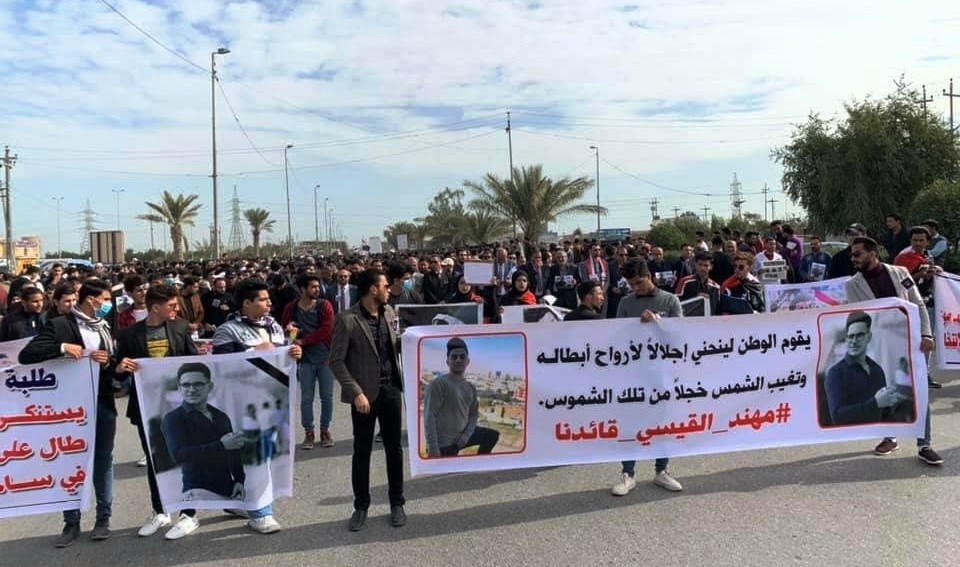 Shafaq News / A security source in Najaf Governorate reported today that an armed force with three vehicles affiliated with one of the country's political parties raided activists' homes in the governorate.

He added, "The force has not been able to arrest any activist, but has arrested the father of the activist Ahmed Al-Helou."

Through a back door.. wanted public servants escape an arrest in Najaf

I.G.S investigates a geological phenomenon that sparked fear in Najaf