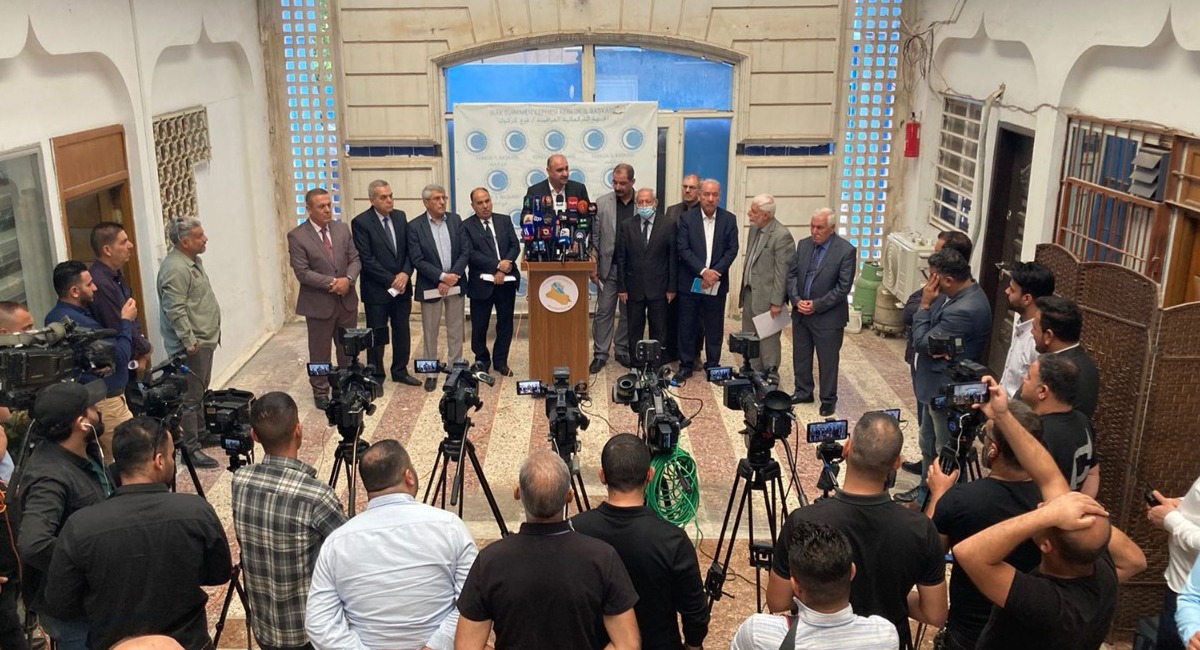 Shafaq News/ Representatives of the Arab and Turkmen communities in Kirkuk refused adding a Peshmerga brigade to the Federal Ministry of Defense.

In a joint press conference, Arab and Turkmen representatives affirmed, "their refusal to involve Kirkuk and the so-called disputed areas in political deals to disrupt the security situation, form joint forces with the Peshmerga, and transfer a brigade affiliated to the Ministry of Defense."

"This issue remains exclusively between Baghdad and Erbil, and the representatives of the Turkmen and Arab communities are not informed of its details, which causes concern and suspicion about the causes and repercussions of the formation of this joint force", he added.

Representatives of the Turkmen and Arab components in Kirkuk called on the Commander-in-Chief of the Armed Forces to “abandon these suspicious steps, maintain community peace in Kirkuk and the federal security file in Kirkuk, Saladin, and Nineveh, as stipulated in the Iraqi parliament’s resolution."

The representatives called on all national political forces to support the demands of the Turkmen and Arabs to preserve the security and stability of Kirkuk, "and not to agree to prejudice the constitutional and security status of Kirkuk at the expense of government formation deals".