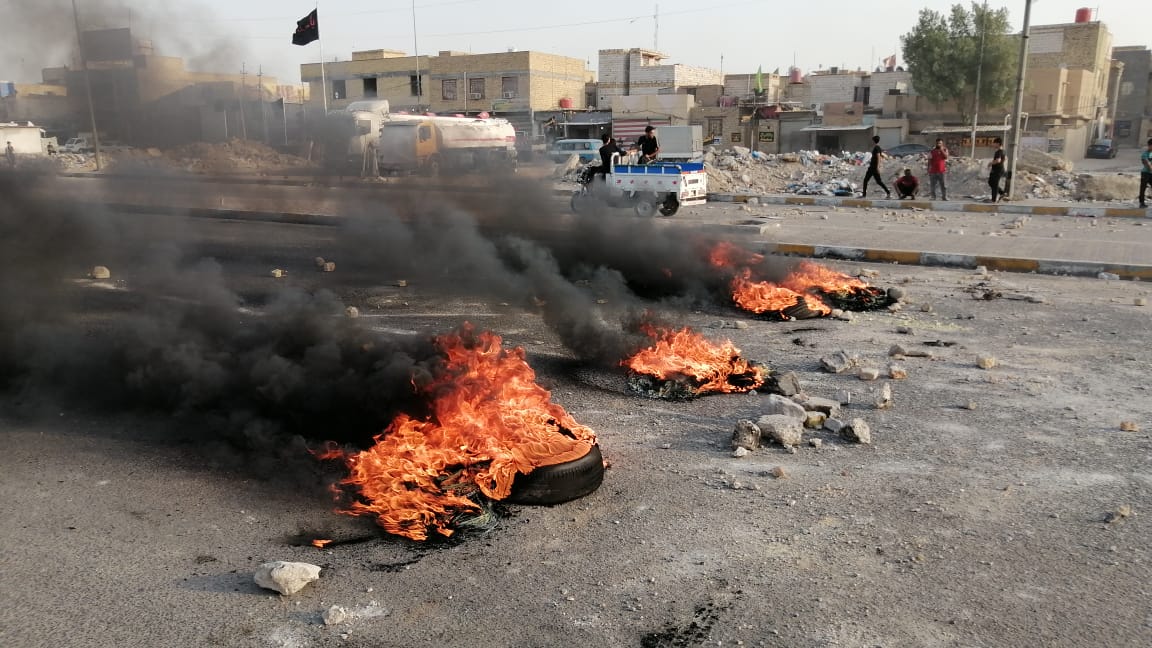 Shafaq News/ A main road  in the center of Nasiriyah, Dhi Qar was blocked on Friday by protestors.

According to the source, the protestors were angry about the continued arrest of their colleagues at the Intelligence Division headquarters for several days.