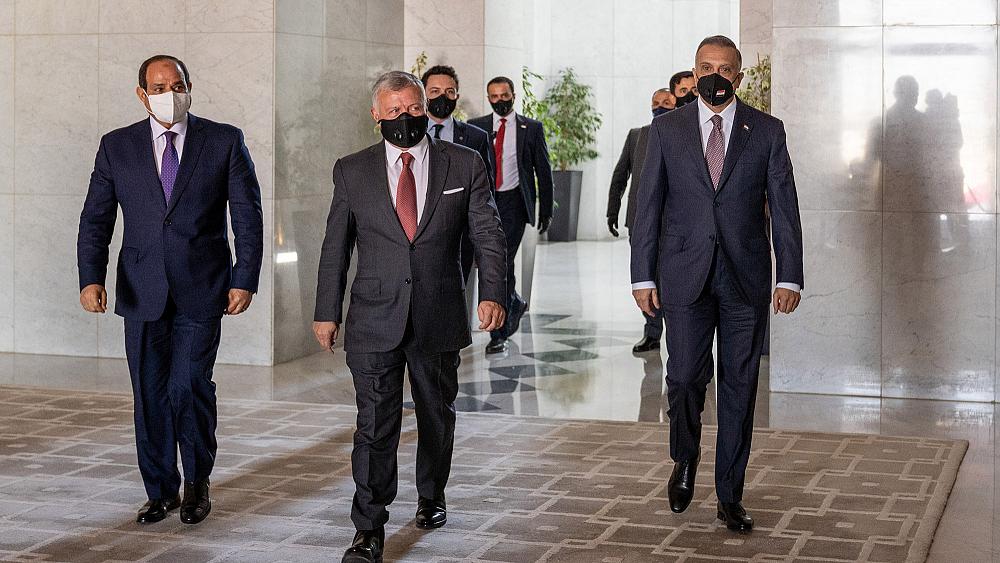 Shafaq News / An Iraqi government source told Shafaq News agency that Egyptian President Abdel Fattah Al-Sisi and King Abdullah of Jordan will visit Baghdad at the end of this month to hold a tripartite summit with the Iraqi Prime Minister, Mustafa Al-Kadhimi.

The source added, "The summit aims to develop the new Mashreq project, which includes building an independent political, economic and security axis in the region."

The first summit between the three leaders took place in the Jordanian capital, Amman, on August 28, and a joint coordination council emerged from it.

However, the Iraqi Council of Ministers' General Secretariat had announced last December that another summit will be held in Baghdad during the first quarter of this year.