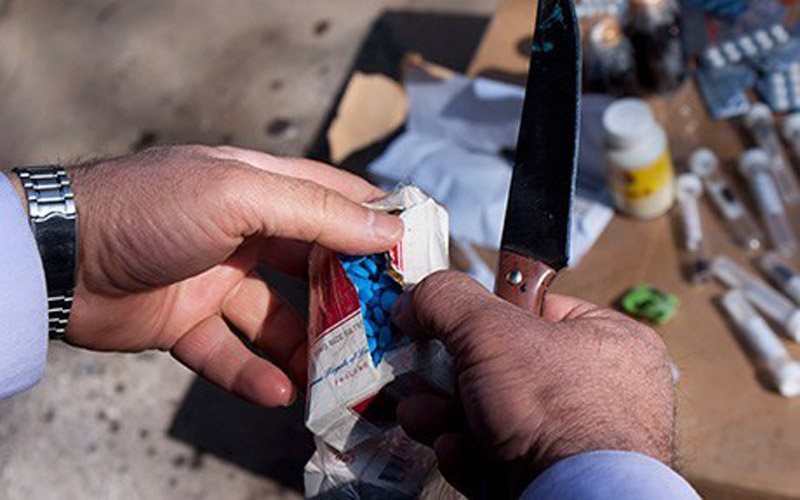 Shafaq News / A security source in Najaf Governorate revealed the arrest of a drug dealer in possession of a large quantity of drugs and weapons.

The source told Shafaq News agency that, upon raiding his house, the intelligence team seized 2,500 narcotic pills, 300 grams of crystal Meth, one kilogram Triac, in addition to confiscating a Kalashnikov rifle and two pistols.

Earlier today, the Border Crossings Authority announced that it had thwarted an attempt to smuggle 750 grams of Triac to the country through the Mandali border crossing with Iran.

Seven killed in explosion in Najaf