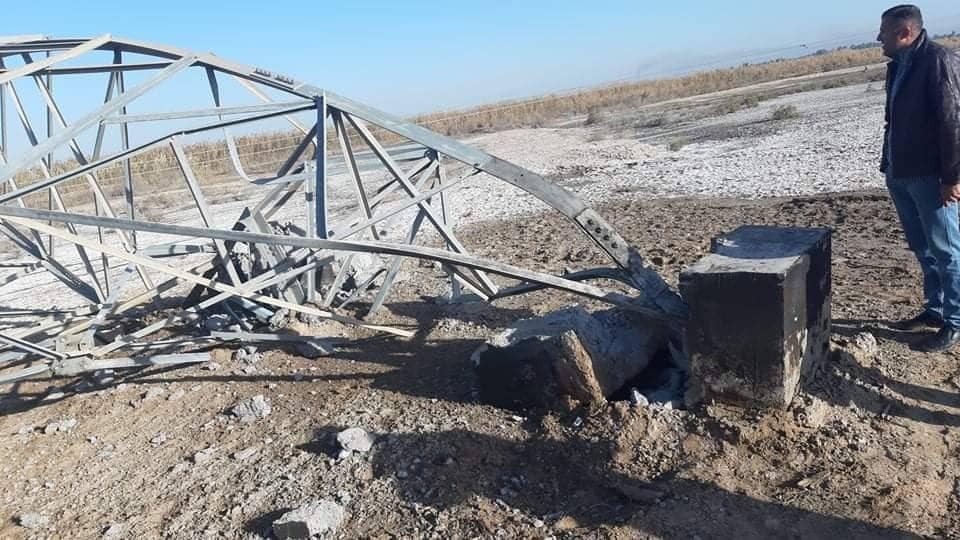 Recently, power transmission towers have been remarkably subjected to sabotage acts in several governorates, causing a power outage in light of a sharp rise in temperature in Iraq.

Explosion near the Green Zone