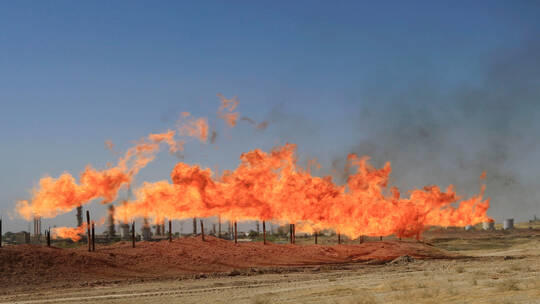 Shafaq News/ An official source in the North Oil Police said on Saturday that an explosion occurred in two oil wells in the northwest of Kirkuk governorate.

According to the Source, the explosion was due to a technical problem in the pipelines, and it was not a terrorist act.

The source told Shafaq News Agency that, “at 0300 a.m. an explosion occurred in the oil wells No. 154 and 159 located in Bay Hassan oil field near Al-Dibs district northwest of Kirkuk.

The erosion of the pipelines was the cause of the explosion.

The Source denied the circulated news that men affiliated with ISIS blew up the oil wells.

He added that the firefighting teams managed to extinguish the fire.