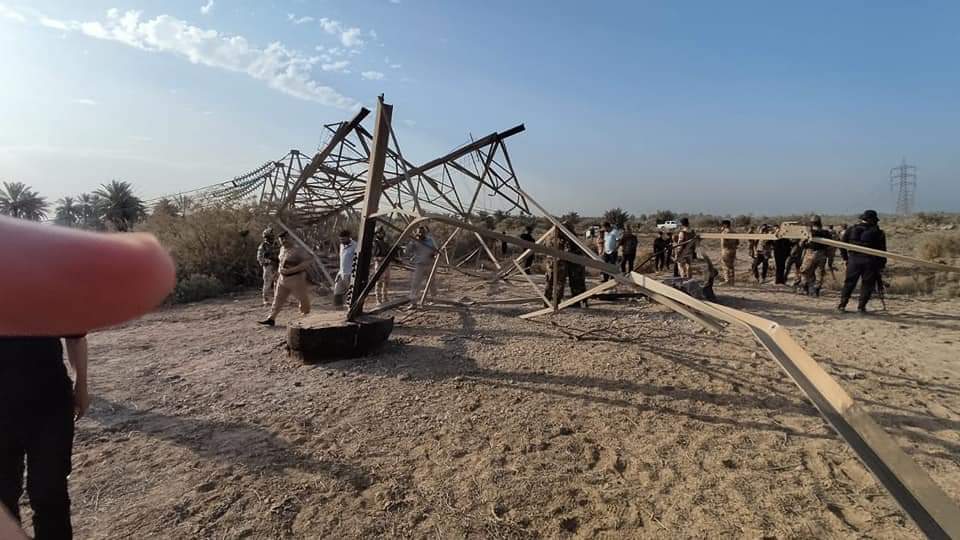 Shafaq News/ Iraq’s Ministry of Electricity announced on Thursday that electric transmission lines were attacked in the Karbala governorate.

The Ministry said in a statement, "an act of sabotage destroyed two transmission towers and led to a power outage in Karbala Governorate

The Ministry considered these frequent attacks as “a war against it,” adding that the citizen will continue “to pay the high prices for that war,” especially amid the Covid-19 pandemic and the high temperature in the Summer.

Earlier today, the Ministry of Electricity announced that the transmission line of Samarra - south of Tikrit was attacked with an explosive device.

The Northern Electricity Transmission General Company affiliated with the Ministry said that the line was “exposed to a cowardly act of sabotage which destroyed a transmission tower and damaged another.” Adding that the attack also affected the electric wires between the Abbasiya and Mukeshifa areas in Saladin Governorate”.

Iraqis blame a government that relies on energy imports from Iran and which they say has failed to develop Iraq's grid to serve its population.

Reduced power supplies from Iran and a series of attacks on power lines by militants have compounded the electricity crisis.

Without complications, Ashura rituals ended in Karbala and Iraq