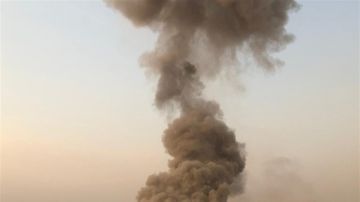 The cell said in a statement received by Shafaq News agency, "an explosive device placed on the international highway in Babel Governorate, went off after a convoy of a civilian transport company contracted with the International Coalition passed by".

He added that the explosion resulted in damaging a civilian vehicle that was traveling behind the convoy by a great distance and injuring a civilian who was close to the scene.

This attack is not the first of his kind, as a supplies convoy of the international coalition was attacked recurrently in the past two months in incidents for which no party has claimed responsibility.

The Special Forces Commander in kata'ib Hezbollah assassinated in Babel

For a third time in 24 hours, an explosion from a roadside bomb hits a coalition convoy in Babel

Three children injured in an explosion in Babel

Four injured in a car accident in Babel

More than 70 injuries in demonstrations today in Iraq