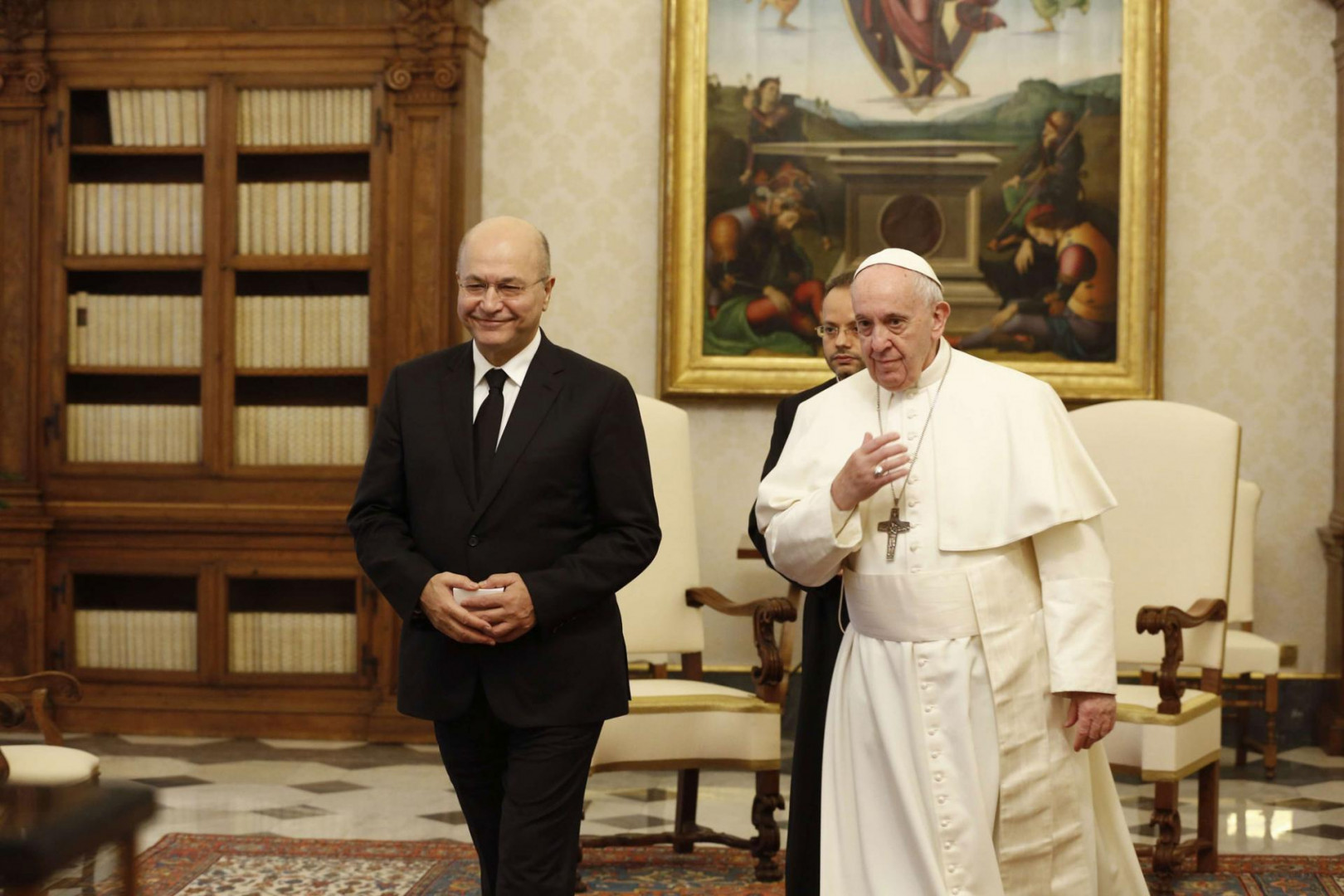 Shafaq News / A source in Nineveh Governorate revealed that an Italian security delegation had arrived in Mosul to assess the security situation before Pope Francis' visit to Iraq.

The source told Shafaq News Agency that the delegation visited the Citadel Church in old Mosul, and then Qaraqosh town.

For his part, Shafaq News Agency reporter stated that the delegation refused to accompany any media outlet and prohibited filming.

On January 10, Pope Francis said he is unsure if his trip to Iraq in March can take place because of the COVID-19 pandemic.

He cast doubt on the trip, which would be the first by a pope to the country, in an interview with Italy's Canale 5 broadcast on Sunday night.

Francis spoke in a section of the interview about how his life had changed because of the pandemic and how he had to cancel trips that had been planned for last year.

"Yes, I had to cancel trips ... because in good conscience, I can't be the cause of gatherings of people, right? Now I don't know if the trip to Iraq can take place. Life has changed," he said.

The March 5-8 trip is due to take the pope the capital Baghdad, as well as Ur, a city linked to the Old Testament figure of Abraham, and Erbil, Mosul and Qaraqosh in the plain of Nineveh.

Iraqi President Barham Salih said in a post on Twitter when the trip was announced last month that the trip "will be a message of peace to Iraqis of all religions & serve to affirm our common values of justice & dignity."

The 84-year-old pope is expected to get vaccinated against COVID-19 this week. He said in the interview everyone who is able should get vaccinated.

Pope to embark on Iraq's visit despite security concerns